Iranian movies among top films of 2021 in France 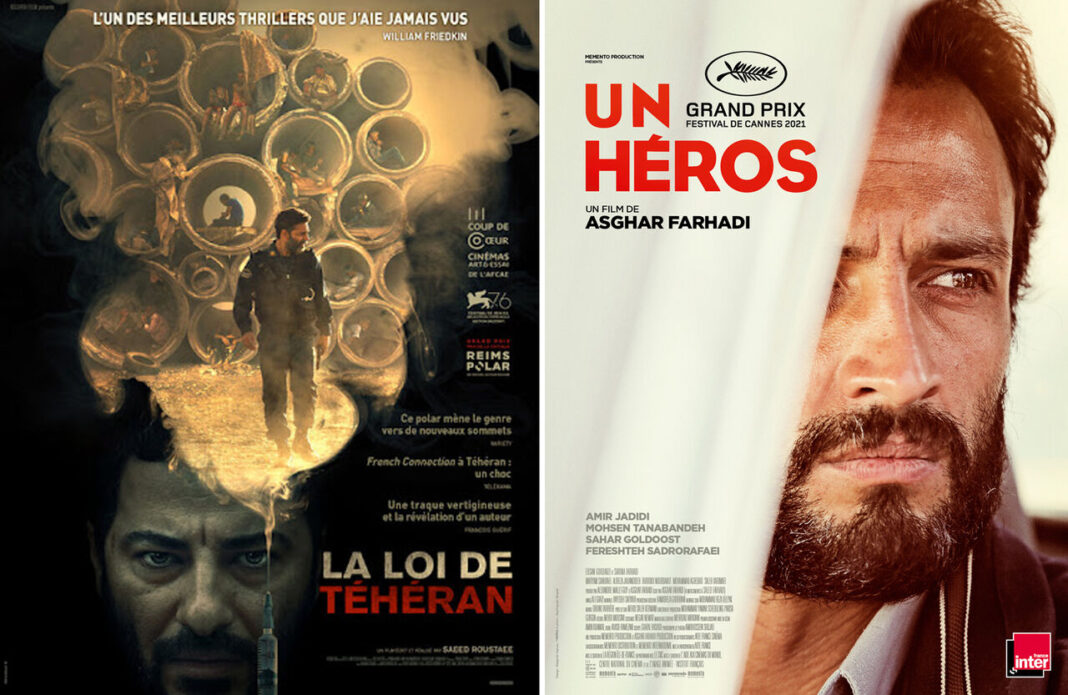 Iranian movies “6.5 per Meter” made by Saeed Roostai and “A Hero” directed by Asghar Farhadi have found themselves among France’s top films of the year from the critics’ viewpoint.

Iran’s cinema is going through its golden days in France nowadays, a fact which is obvious by both people’s welcoming the screened movies in France and critics’ points of view.

Welcoming the Christian New Year, a number of seasoned French experts introduced top movies of the year 2021 in their country. Among them is Roostai‘s “6.5 per Meter” known as “The Law of Tehran” in France.

The France Inter website describes the movie as an exciting one, a movie which had already been welcomed with a standing ovation at Venice Film Festival.

The movie was first screened at the 37th International Fajr Film Festival in Iran in 2019 and received the Crystal Simorgh Trophy for being chosen as the best film by viewers.

Farhadi’s “A Hero” has also received a prestigious award at the 74th Cannes Film Festival.