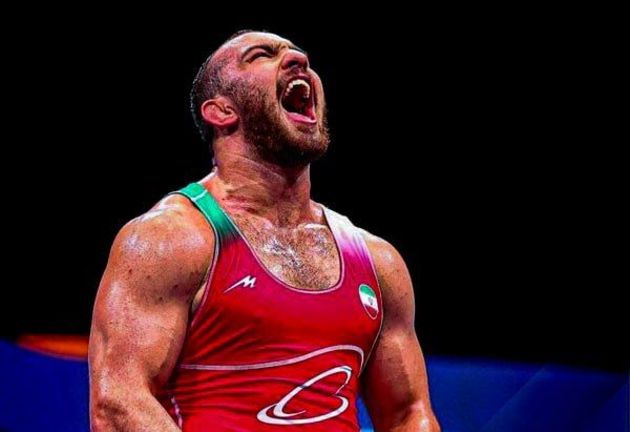 Iranian freestyle wrestler Amirhossein Zaareh has bagged the gold medal in the 125kg category in the 2021 World Wrestling Championships in Oslo, Norway.

Zaareh took on Georgia’s Geno Petriashvili in the finals and secured a glorious 9-2 victory against the world gold medalist and holder of an Olympics silver.

Zaareh had already defeated Dzianis Uladzimiravich Khramiankou of Belarus 6-0 in the first round and stepped up to the quarterfinals where the Iranian wrestler won 10-0 against American Nickolos Edward Gwiazdowski, a world bronze medalist.

Zaareh had been defeated by Akgul in the semifinal round of wrestling competitions in the 2020 Tokyo Olympic Games.