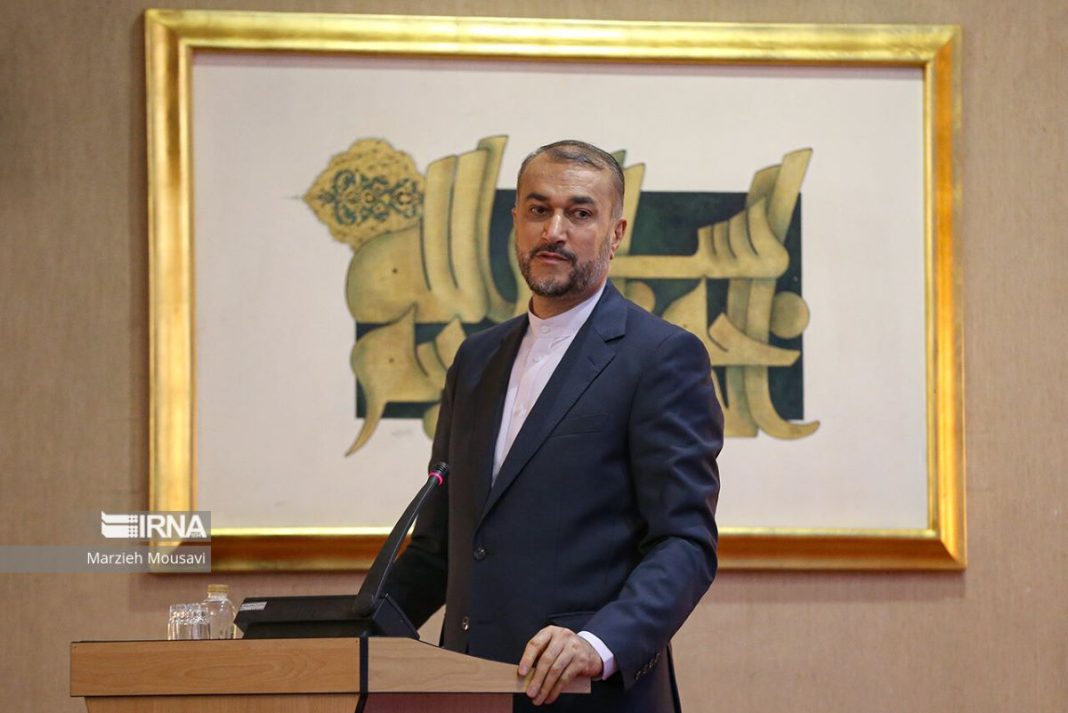 Amirabdollahian said Iran did not expect the copying of a 2014 communiqué issued by regional countries at a time when Tehran and Beijing are cooperating with each other.

He added that Iran conveyed its protest to the issue in writing to the Chinese side.

While underscoring continued strategic partnership with China, Amirabdollahian said Iran has no qualms about defending its territorial integrity.

The Iranian foreign minister said Iran has always given assurances that it’s ready for confidence building with its neighbors including the Persian Gulf countries so that the notion of importing security from beyond the region is given up once and for all.

Amirabdollahian stressed that he, along with the Iranian defense chief, is ready for joint meetings with counterparts from the Persian Gulf states and other neighboring countries. He also said Iran’s foreign policy builds on neighborliness and that Tehran is contemplating strengthening its friendship with neighbors.

The top diplomat said, “In West Asia, we regard our neighbors, with whom we have civilization, historical and religious commonalities, as our brothers and we consider their security and prosperity as ours.”

Amirabdollahian further reiterated that Iran has always been in the frontline of fighting Daesh terrorism in the region and beyond.

He also spoke about the plight of Palestinians. Amirabdollahian said the Palestinian issue and the violation of the rights of these oppressed people by the Zionist regime are a blot on humanity.

He added that the Israeli regime continues its aggressive policies amid the silence of the self-proclaimed defenders of human rights.

On Ukraine, the Iranian foreign minister said Iran’s policy has not changed since the crisis in the former Soviet republic started.

He said Iran is opposed to the use of force and thinks dialog is the best way for the resolution of the crisis in Ukraine.

He also referred to the Western accusations that Iran sends drones to Russia for use against Ukraine, saying the uproar is aimed at covering up the shipment of billions of dollars worth of arms to Ukraine by the West.

The top Iranian diplomat also spoke about the situation in Afghanistan. He said two decades of US occupation brought nothing to Afghans in terms of establishing security and creating infrastructure in the country.

He said now the US is gone on the surface but it’s still using terrorist groups as a tool to maintain its presence in Afghanistan.