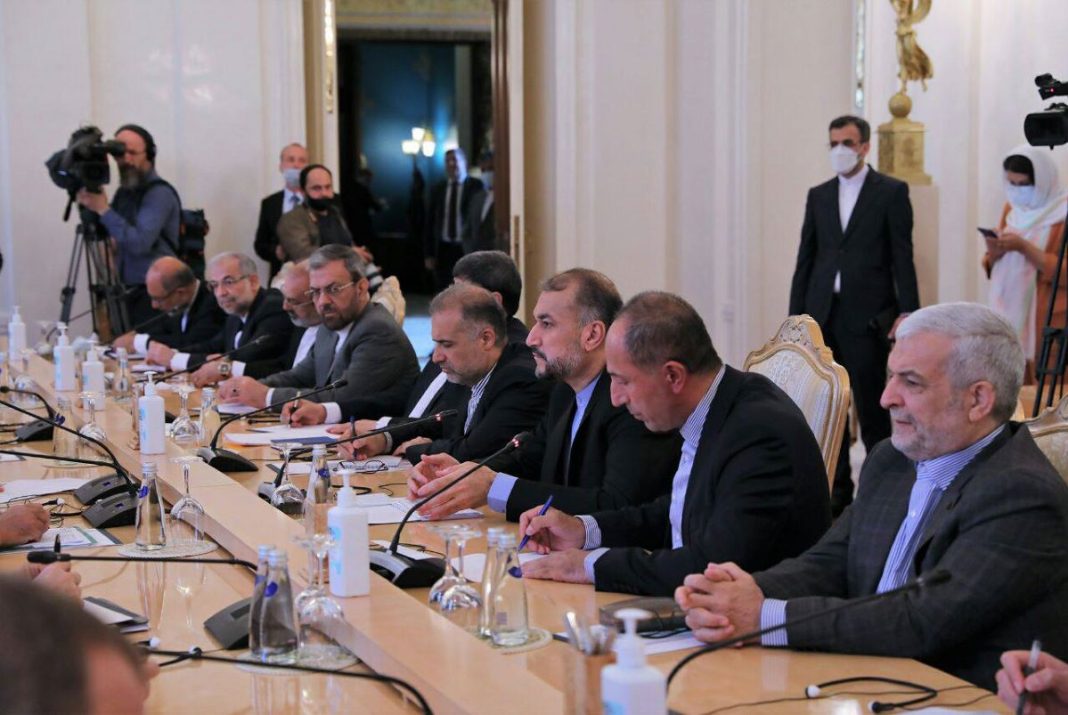 Iranian Foreign Minister Hossein Amirabdollahian arrived in the Russian capital Moscow on Wednesday morning at the head of a delegation for talks with Russian officials to help put an end to the months-long conflict in Ukraine.

Prior to his trip, Amirabdollahian indicated that his visit to Russia is aimed at facilitating a resolution on the conflict in Ukraine.

“The main purpose of the trip to Moscow is to try to resolve the Ukraine crisis based on a request made to the Islamic Republic of Iran,” the Iranian minister of foreign affairs said before his departure.

Russia launched a military operation in Ukraine on February 24 saying the move was provoked by NATO’s eastward expansion and refusal to give security assurances to Russia.

Mikhail Ulyanov, Russian’s permanent representative to the international organizations in Vienna, said the Iranian and Russian envoys are scheduled to meet on Wednesday to also talk on Iran’s nuclear negotiations.

He wrote in his Twitter account, “During the meeting in Moscow on August 31 the ministers of foreign affairs of Russia and Iran will pay special attention to the situation around the JCPOA,” referring to the nuclear deal, known as the Joint Comprehensive Plan of Action (JCPOA).