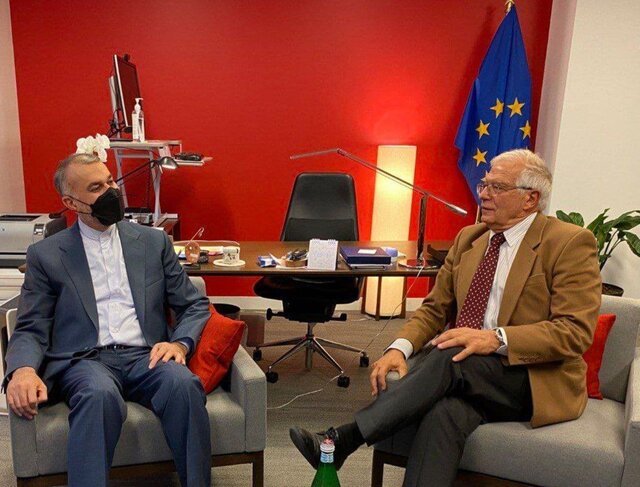 Hossein Amirabdollahian made the comment in a Tuesday meeting with the EU’s High Representative for Foreign Affairs Josep Borrel on the sidelines of the 76th session of the UN General Assembly in New York.

Amirabdollahian added that what matters is the action of other signatories to the nuclear deal, known as the JCPOA, and not their words.

He also said the new administration in Tehran will not accept the unconstructive behavior of the United States regarding the issue nor will it keep Iran waiting for empty promises.

Amirabdollahian also said US President Joe Biden’s words and actions are poles apart and he criticizes his predecessor’s policies on Tehran but in practice, he pursues the same policies.

The Iranian foreign minister said the US is mistaken if it thinks pressures on Iran will pay off, noting that the Iranian people have proved they firmly respond to threats. Borrel also said the nuclear deal’s success is very important for the whole world and that nobody will benefit if it collapses.