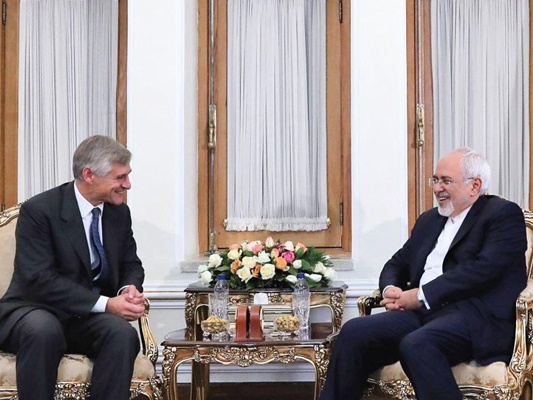 During the Sunday meeting, the two sides conferred on issues related to bilateral and multilateral ties in all fields, the implementation of the Iran nuclear deal, and the need for all parties to adhere to this agreement.

Regional and international issues, especially the situation in Iraq and Syria, and the need to combat terrorism and extremism were the other topics on the agenda.

The meeting came a few days after Zarif held talks with Austrian Foreign Minister Sebastian Kurz, who is expected to become the European country’s chancellor.

During the phone call, Kurz underlined the need for all parties to the JCPOA to remain committed to the deal, and reaffirmed Vienna’s support for its implementation.