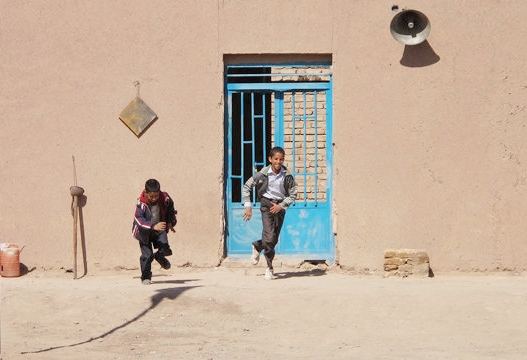 A lineup of Iranian shorts and feature-length movies is competing in the 8th CMS Children’s International Film Festival, which opened its doors to the public in Lucknow, India on April 7.

The short films include “Experiment” directed by Mohammadreza Minapur, “Five Senses of Art” by Hesam Dehqani, “Paper Dream” by Zahra Khorshidi, “The Cloud” by Mehdi Heydari, “Changeover” by Mehdi Alibeigi and “Mystery” by Alireza Moqaddam.

The feature film section is screening several Iranian movies, including “Story of My Father’s Bike and Me” by Fayyaz Musavi, “Environment Protection” by Hadis Maleki and “The Window” by Rahbar Qanbari.

Films from over 30 countries, including Ireland, Slovakia, Greece, The UK, Taiwan, the U.S., Spain, Canada, Germany, Russia and Luxemburg, are competing in the festival, which will be running until April 15.