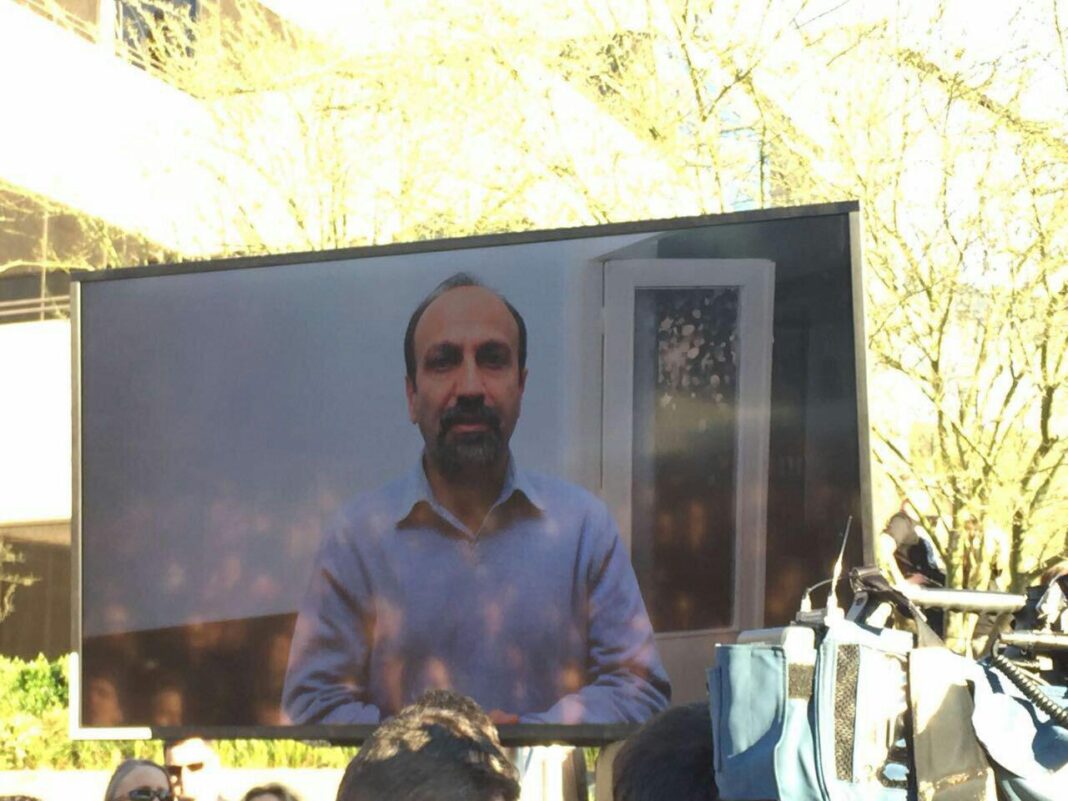 Asghar Farhadi, the Iranian filmmaker who has boycotted this year’s Oscars ceremony in protest at Trump’s visa ban, spoke via video message to the crowd gathered in Beverly Hills to voice their outrage over the US President’s policies.

Farhadi applauded the unity shown by the cinema community in his address at UTA’s “United Voices” rally on Friday afternoon.

The Iranian director, whose movie The Salesman is nominated for best foreign-language film, spoke via video message from Tehran to the rally crowd of more than 1,500 who gathered outside the agency’s Beverly Hills offices.

“It is comforting to know that at a time when some politicians are trying to promote hate by creating divisions between cultures, religions and nationalities, the cinema community has joined the people in a common show of unity to show its opposition,” said Farhadi, according to a report by Hollywood Reporter.

“I hope this unity will continue and spread to fight other injustices. Filmmakers can break stereotypes around the world by turning their cameras to capture shared human qualities.”

UTA’s decision to forego its annual agency Oscars party for a protest was prompted partially by Farhadi, a UTA client, saying in January that he would boycott the Oscars ceremony in light of President Donald Trump’s travel ban for citizens from seven majority-Muslim countries, including Iran.