Iranian Economy Adapting Itself to US Sanctions: Rouhani 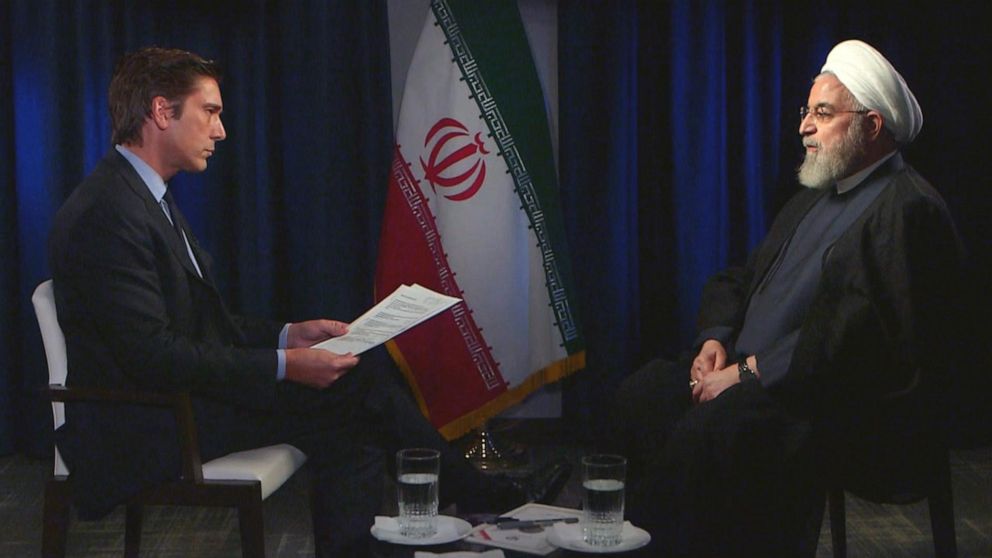 Iranian President Hassan Rouhani has told ABC News that the country’s economy is adapting itself to the US sanctions in such a way that it has experienced a “trajectory of economic growth” in recent months.

“The more these sanctions go on, the more the hatred of the people increases toward the United States of America, and internal unity becomes more and more solid. Yes, our people are under pressure,” Rouhani told ABC News in an exclusive interview on Wednesday.

“But the Iranian economy is adapting itself in such a way to the new sanctions of the United States of America that…in the past three months, we have been put on a trajectory of economic growth, even though, prior to this, we were experiencing a negative economic growth,” he told ABC News anchor David Muir in New York.

Rouhani said US sanctions “cannot continue” and were “against the international laws and against [the] UN Security Council resolution.”

“According to the [International Atomic Energy Agency] … Iran has lived up to every single one of our commitments, and US sanctions are against the international laws and against [the] UN Security Council resolution,” Rouhani told Muir, the anchor of “World News Tonight.”

Rouhani told Muir that the government and administration in Iran were not at fault for the sanctions and that US actions were to the detriment of Americans and other countries.

He called the sanctions “an economic form of terrorism” against Iranians and said they have been “extremely destructive and extremely hurtful.”

“What America thought that it could accomplish with sanctions, that it would provoke our people against the administration, against the government, after a year-and-a-half, it has become very clear that our people, with extreme awareness and understanding, know that the main culprit is the United States of America’s government,” Rouhani said through a translator on Wednesday.