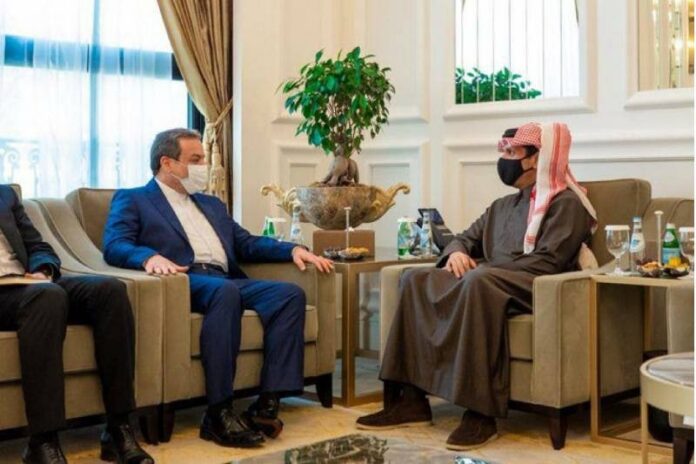 Iranian Deputy Foreign Minister for Political Affairs Seyyed Abbas Araqchi has held talks with top Qatari officials in a visit to Doha amid reports of the US deployment of several bombers and other advanced military equipment in the region.

The Iranian diplomat held separate meetings with Qatar’s Minister of Foreign Affairs Sheikh Mohammed bin Abdulrahman Al Thani and Defence Minister Khalid Al Attiyah on Wednesday.
In these meetings, the two sides conferred on the latest developments in the Persian Gulf region and the existing threats.

They also exchanged views on bilateral relations and ways to deepen and expand mutual ties between Tehran and Doha.

Earlier on Tuesday, Iran’s Foreign Minister Mohammad Javad Zarif raised the alarm about some suspicious moves by the United States in the region in talks with his Qatari counterpart, warning that Washington bears responsibility for the consequences of any adventurism.

In a phone conversation with the Qatari Foreign Minister, Zarif underlined the need for the participation of all regional countries in ensuring stability and security without foreign interference and free from tensions.

Citing the US’s suspicious moves and acts of mischief in the region, Zarif said, “Washington will be responsible for the consequences of any possible adventurism.”