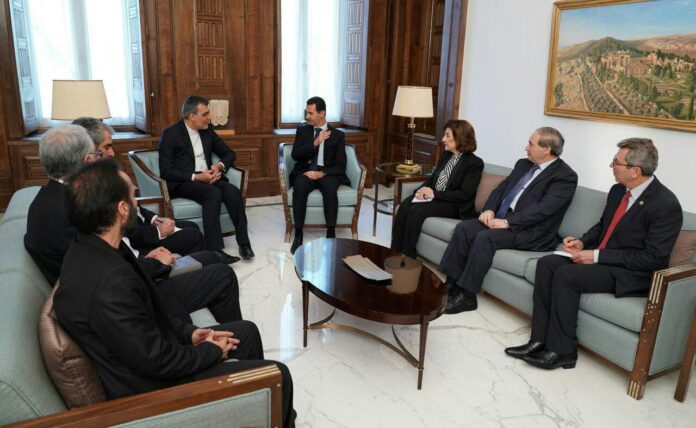 During the Sunday meeting, which took place within the framework of ongoing consultations between Iran and Syria in Damascus, Assad and Jaberi Ansari conferred on several issues.

The two sides discussed the latest developments in the political dialogues and the necessity of ongoing stage of the international peace talks, with an emphasis on the exclusive right of the Syrians to decide on the future of their country, without any external pressure or foreign intervention.

The Sunday afternoon meeting was held in the course of Jaberi Ansari’s meetings with high-ranking Syrian officials.

In this meeting, which was also attended by Syria’s Deputy Foreign Minister Faisal Mekdad, the two sides discussed the latest developments of the Syrian peace process talks and the agenda of the upcoming joint meeting of the top negotiators of Iran, Russia and Turkey in Geneva.

The Iranian diplomat, who is the Islamic Republic’s top negotiator at Syria Peace Talks, is visiting Syria at the head of a diplomatic delegation.