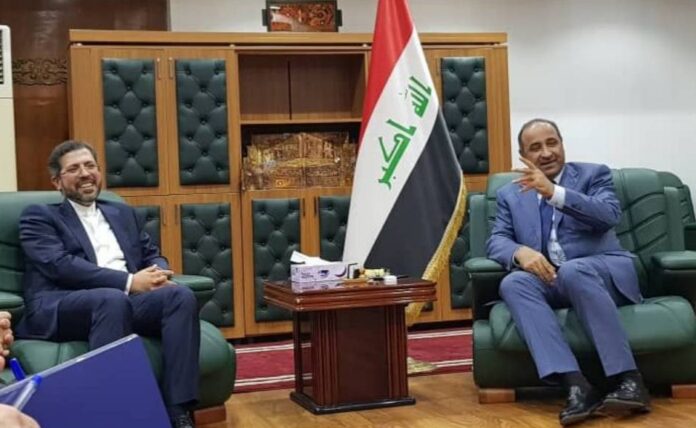 Saeed Khatibzadeh, the director of the Iranian Foreign Ministry’s Centre for Public Diplomacy, held talks with Iraqi Minister of Culture Hossein Nazim during a visit to Baghdad.

In the Wednesday meeting, which was also attended by deputies of the Iraqi culture minister, Khatibzadeh said the potential for cultural relations between the two countries is beyond the current level. The foreign ministry spokesman underlined the necessity of careful planning to enhance those ties, especially with a focus on the civilisational as well as cultural and artistic aspects, including in the areas of visual and dramatic arts along with poetry, music and tourism.

Nazim, in turn, reviewed the numerous areas of cooperation between the two countries, saying Baghdad is ready for limited resumption of travels for pilgrimage from Iran within the health framework, agreed between the two sides. Nazim also stressed the need for expansion of bilateral cooperation on cultural and artistic areas of joint interest. Accordingly, he proposed an Iran-Iraq Week of Culture to be held jointly, after the healthcare situation of both countries is reassuring again, amid the coronavirus pandemic.

It should be mentioned that the spokesman later met with the director of Iraq’s Information Organization, where they talked about media cooperation.

After the meeting, Khatibzadeh also visited the studio of Al-Iraqiya News Network where he attended a question and answer session with the network.