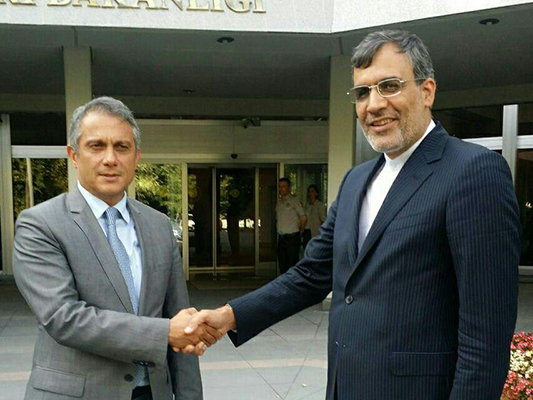 Jaberi Ansari, who is also Iran’s senior negotiator at Astana talks on Syria, conferred with Yalçın on the latest regional and international developments, particularly the issues of Syria and Palestine.

The two sides also discussed the required arrangements for holding a fresh round of expert talks on Syria peace in Tehran with the aim of ensuring its success.

The Iranian diplomat arrived in the Turkish capital on Thursday morning after visiting Moscow, where he had held several rounds of consultations within the framework of Astana Process.