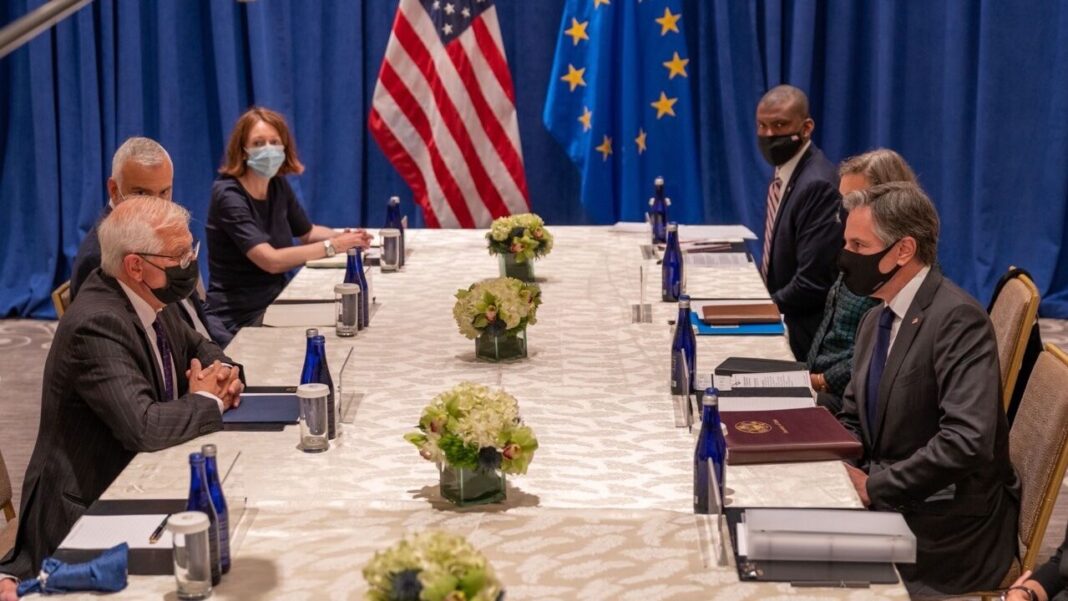 Influential Iranian daily Keyhan has attacked the US and the European troika for insisting the Vienna talks must be resumed from the point they were suspended under Iran’s previous government.

Keyhan said two US administrations after former president Barack Obama said they would not respect an agreement concluded by their predecessor.

The daily said the European troika also supported this heinous move by the US. According to Keyhan, the West and the US expect Iran to return to the negotiating table fast and claim they agreed on 70 to 90 percent of differences with the former Iranian government.

It added that neither ex-president Rouhani nor former foreign minister Zarif claims they finalized an agreement with the West over the nuclear deal.
Keyhan noted that the US and the European troika are in no position to tell Iran what to do on the Vienna talks as the US betrayed the deal and the Europeans followed in Washington’s footsteps.
Keyhan added that the US is not trustworthy.