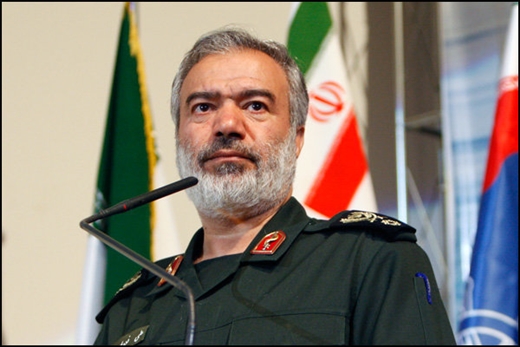 The Islamic Revolution Guards Corps (IRGC) has researched the technology necessary for mass-producing a new type of naval boat with a cruising speed of 80 knots, a senior commander announced.

Speaking to the Islamic Republic of Iran Broadcasting (IRIB) on Monday May 9, IRGC Navy Commander Rear Admiral Ali Fadavi said producing boats with a speed of higher than 35 knots was a “dream” for many navies around the world.

He added that IRGC experts, who had already reached the technology of boats with a speed of 60 knots, now are able to mass-produce boats which can travel at 80 knots.

Back in May 2015, the commander had said that his forces had been testing military speed boats with a breakneck velocity of 110 knots (203 km/h).

He had also highlighted local experts’ abilities in designing and testing military boats with speeds of up to 120 knots in a naval research laboratory with a test basin.