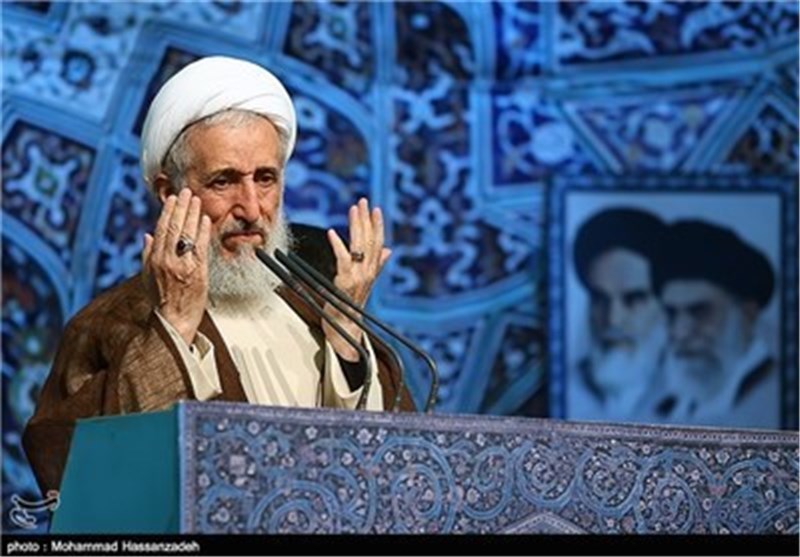 Tehran’s Friday prayers leader took a swipe at the Manama regime for stripping Shiite cleric Sheikh Isa Qassim of his Bahraini citizenship, describing the move as a sign of Al Khalifa’s frustration and helplessness.

Delivering a speech to worshipers in Tehran on Friday, Ayatollah Kazem Seddiqi slammed the Manama regime for committing treason against the nation instead of serving people.

He said the recent cruel move by the Manama regime is a reminder of the atrocities by Iran’s deposed Shah (king), who became weaker by killing people, adding that the Al Khalifa and Al Saud are also going to suffer the same fate.

Ayatollah Seddiqi lashed out at the ruling family of Bahrain for responding to peaceful protests with bullets.

On Monday, the Manama ruling regime said the citizenship of Sheikh Qassim has been revoked, accusing him of sowing sectarian divisions.