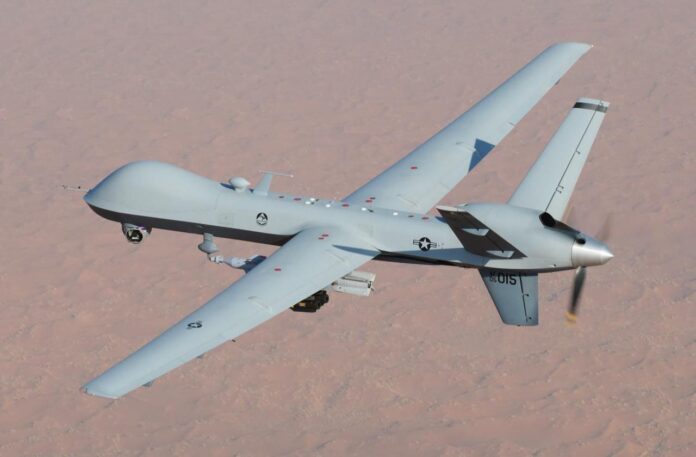 The air defense units of the Iranian Army taking part in joint drills with other divisions of the army have intercepted American drones entering Iran’s air defense identification zone (IDIZ).

The United States’ MQ-9 and RQ4 unmanned aerial vehicles (UAVs) were already being fully monitored by Iran’s integrated air defense network when they were kilometers away.

They intended to gather intelligence by getting close to the area where the war game was being conducted.

However, the drones were intercepted and received serious warning when they flew into the IDIZ.

Afterwards, UAVs changed course and flew away from the Iranian borders.

The large-scale maneuvers codenamed Zolfaghar 1400 drew to a close on November 9 with a parade by vessels and submarines.

Rear Admiral Mahmoud Mousavi, the spokesman for the drills, said the military exercises featured a whole range of operations carried out in a vast area of over 1 million square kilometers.

He said the maneuvers were aimed at boosting the Army’s combat capability to defend the country’s territorial integrity and reinforcing their presence in remote international waters and strategic areas.

The joint drills involved forces from the four divisions of the Iranian Army, namely the Ground Force, the Naval Force, the Air Force and the Air Defense Force.

Commander of the Iranian Army Major General Abdorrahim Mousavi also said among the key achievements of the military exercises was a qualitative and quantitative improvement in the use of drones and smart shells.

He added the evaluation of the performance of the systems along with tactics and methods used indicate the exercises were successful.