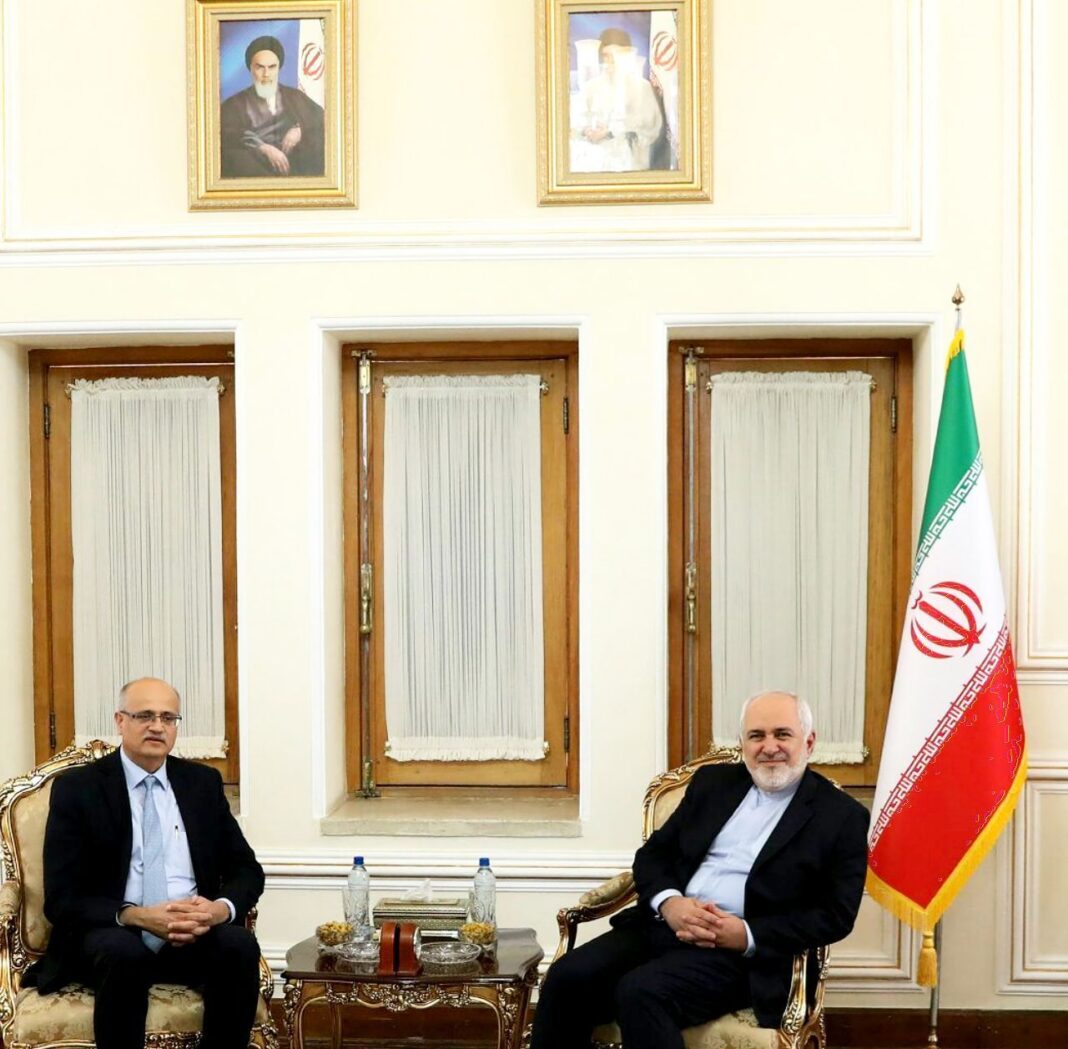 Zarif made the comments in a Sunday meeting with Indian Foreign Secretary Shri Vijay Gokhale, who is in Tehran to attend the 16th round of political consultations between the two countries’ foreign ministries.

Zarif also expressed hope that the situation would improve in the region.

Muslim-majority Kashmir, claimed by both India and Pakistan, has been in turmoil since India stripped its portion of the region of its autonomy and statehood on August 5, leading to clashes between security forces and residents and inflaming tension with Pakistan.

In the Sunday meeting, Zarif also elaborated on the growing trend of cooperation between the two countries in different fields and expressed interest in the operationalisation of cooperation capacities.

In turn, Gokhale outlined the goals of his visit to Tehran, and exchanged views with Zarif about bilateral relations, cooperation of the two countries in regional fields, and other issues of mutual interest.