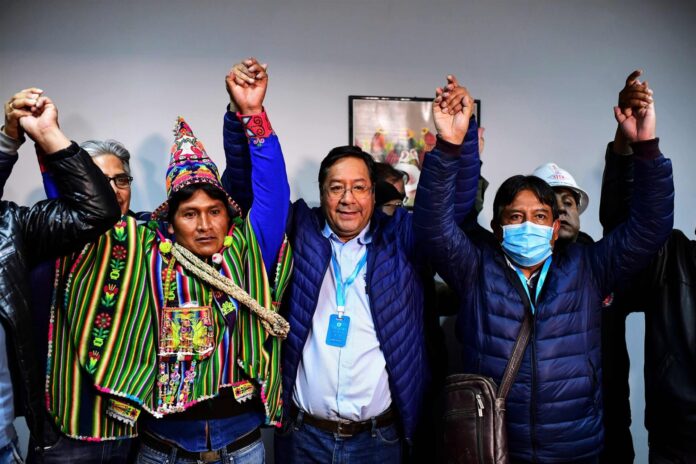 Spokesperson for the Ministry of Foreign Affairs of the Islamic Republic of Iran has congratulated Bolivia on holding its presidential election, expressing Tehran’s full support for the elected government of Luis Arce.

In a statement on Tuesday, Foreign Ministry Spokesman Saeed Khatibzadeh offered Iran’s congratulations to the Bolivian people and winners of the polls after the South American country held nationwide presidential election in a “calm atmosphere and with a remarkable voter turnout.”

“The Islamic Republic of Iran sees a good omen in the restoration of democracy and power to the real representatives of (Bolivian) people after a year of tensions, congratulates the elected president of that country Mr. Luis Arce, and expresses full support for the elected government and readiness to revive cooperation and strengthen friendship bonds with that country (Bolivia),” he added.

Unofficial counts showed on Monday that Luis Arce, the candidate for Evo Morales’s Movement Towards Socialism (MAS) party, has won more than 50 percent of the vote in Bolivia’s presidential election after 11 months of political turmoil.

Arce, who is expected to take office sometime next month, has called for calm in the polarized nation, and vowed to form a government of national unity.

Observers said the results showed a clear rejection of the right-wing policies of the interim government of Jeanine Anez, a conservative senator who took office after Morales was ousted from power a year ago.

Arce, who served as economics minister under Morales for more than a decade, oversaw policies that led to a surge in growth and a sharp reduction in poverty.