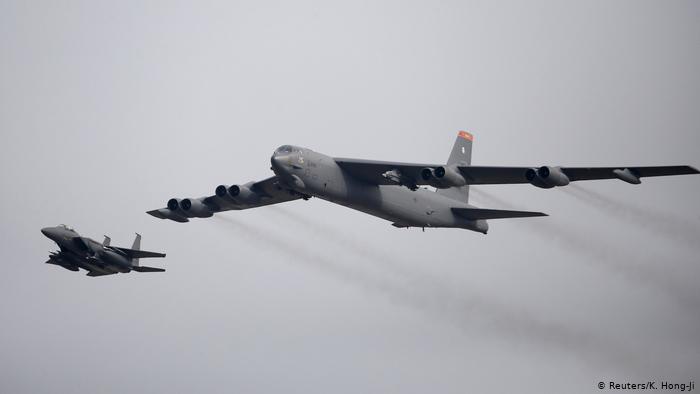 The Iranian foreign minister has vowed a crushing response in case of the US aggression, after two American B-52 bombers patrolled the Persian Gulf for the umpteenth time.

In a tweet on Sunday night, Mohammad Javad Zarif said Washington should have spent the cost of these flights on US citizens’ health instead.

“If patrols by B-52 bombers are aimed at intimidating or warning Iran, you should have spent those billions of dollars on providing health for your taxpayers,” said the top diplomat.

“Although we haven’t started a war for more than 200 years, we will not hesitate to crush aggressors. You may ask your close friends who supported Saddam [Hussein, the former Iraqi dictator],” he added.

For the second time in as many weeks, the Air Force has flown B-52 bombers over the Middle East in what are known as “presence patrols,” according to officials.

“Short-term deployments of strategic assets are an important part of our defensive posture in the region,” said McKenzi.

“The training opportunity and continued integration with regional partners improves readiness and delivers a clear and consistent message in the operational environment to both friends and potential adversaries, alike,” he added.

The mission was the fifth bomber task force in the Middle East in the “last few months,” US Air Force officials said.