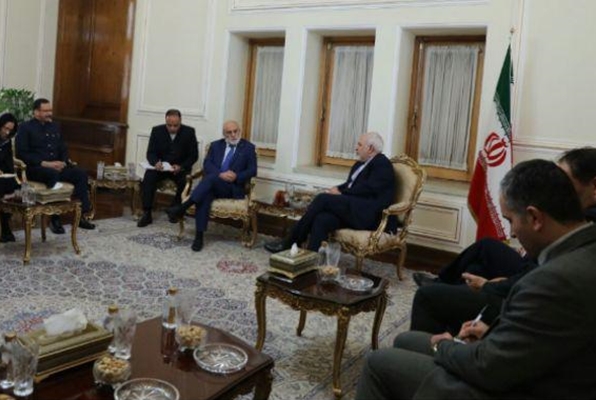 During the Sunday meeting, the Venezuelan official briefed Zarif on the latest political situation in his country and appreciated Iran’s efforts to help improve the situation in Venezuela.

For his part, Zarif rejected any foreign interference in Venezuela’s internal affairs and expressed support for the Venezuelan government and people.

He further threw his weight behind Venezuelan president’s proposal for political talks between the government and the opposition to resolve the differences.

The two sides also condemned the meddlesome measures of the US government in the internal affairs of Venezuela and other Latin American countries, saying that threatening to use force against Venezuela is a doomed measure in violation of the international law and the United Nations Charter.

Venezuela has been in political turmoil over the past weeks. The opposition has been holding widespread anti-government protests, blaming President Nicolas Maduro for an ailing economy, hyperinflation, power cuts, and shortages of basic items, and urging him to resign while branding his re-election in last year’s vote as a sham.