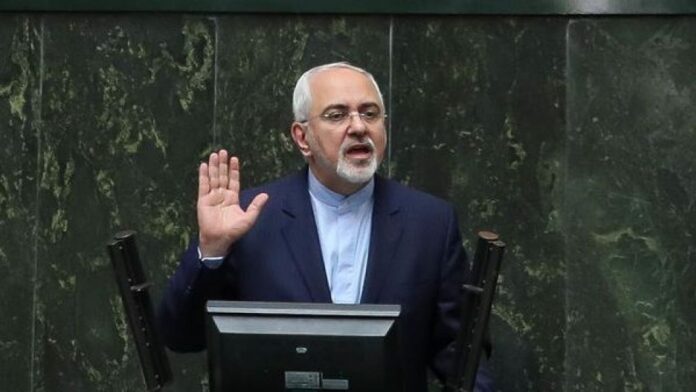 Any possible exchange of prisoners with the United States would not entail holding negotiations between Tehran and Washington, an Iranian lawmaker has quoted Foreign Minister Mohammad Javad Zarif as saying.

The exchange of prisoners and detainees between the Islamic Republic of Iran and the United States could be carried out without problem and will not require any negotiations, rapporteur of the Iranian Parliament’s National Security and Foreign Policy Commission Hossein Naqavi Hosseini quoted Foreign Minister Zarif as saying in a Monday session of the commission.

Zarif, who attended today’s session of the National Security and Foreign Policy Commission with his deputies, has made it clear that Iran will by no means need to hold talks with the US if a prisoner swap is to take place, the MP added.

However, Naqavi Hosseini added, Zarif has noted that any exchange of prisoners would be implemented in coordination with the Interest Section of the United States in Iran.

Foreign Minister Zarif has also confirmed the recent comments from the government’s spokesperson about a prisoner swap with the US, stressing that Tehran has not shifted its policies at all, the MP stated.

Rapporteur of the Parliament’s National Security and Foreign Policy Commission finally said that Zarif has highlighted the Islamic Republic’s push for de-escalation in the region and has underlined that Tehran will do its utmost in this regard.

The top Iranian diplomat’s stances on a possible prisoner exchange with the US came one day after government spokesman, Ali Rabiei, voiced Iran’s readiness to exchange more inmates with the United States without any preconditions.

Tehran is a willingness to exchange all prisoners and talk about their release without preconditions, but the US government has so far refused to respond, Rabiei said at a press conference on Sunday.