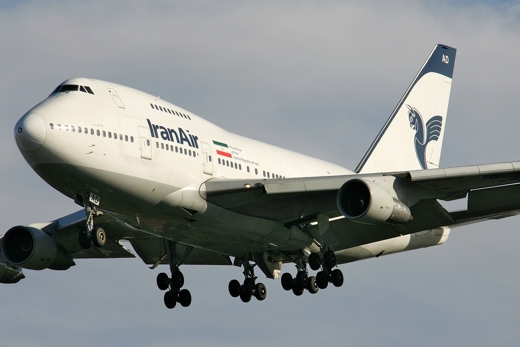 Farhad Parvaresh, Chairman and Managing Director of Iran Air, referred to the resumption of refueling at airports in Western Europe following the lifting of international sanctions.

He maintained “previously, Iran Air was forced to load enough fuel to cover the outbound as well as part of the inbound sector of its flights and technical stops were often made in eastern European airports to top up when necessary resulting in longer flights, extra cost and inconveniences to passengers.”

“Currently, on the basis of a contract with France’s Total, Iran Air flights are supplied with necessary fuel in French airports,” noted the official adding “so far, London Heathrow, Amsterdam, Hamburg Fuhlsbuttel and Vienna airports have also resolved the issue for Iranian aircrafts while talks with other fuel companies are underway.”

“Following the lifting of international economic sanctions, Iran seeks to purchase 114 Airbus jets to renovate the aging fleet,” stressed Iran Air Chairman reiterating “hopefully, a part of the financing will be carried out by the National Development Fund of Iran.”

Farhad Parvaresh pointed out that preliminary talks have been held with manufacturing companies since the beginning of nuclear deal talks; “some firms had subjected the operation of contract to the implementation of JCPOA which is now successfully accomplished,” he explained, MNA reported.

He announced that the first new aircraft will enter the country after the signing of a contract; “sanctions had imposed great costs on Iranian airliners to the extent that 15 to 17 thousand dollars were spent on fuel in each flight.”

Parvaresh also noted that the number of flights will get elevated with the entry of new aircrafts to the fleet.

“Iran Civil Aviation Organization (ICAO) is conducting talks on direct flights between Iran and the US,” maintained the official concluding “daily flights to New York used to take place before the Islamic Revolution and they will hopefully get resumed in near future.”