Iran Urges World Bodies to Stand against US Ban on Zarif 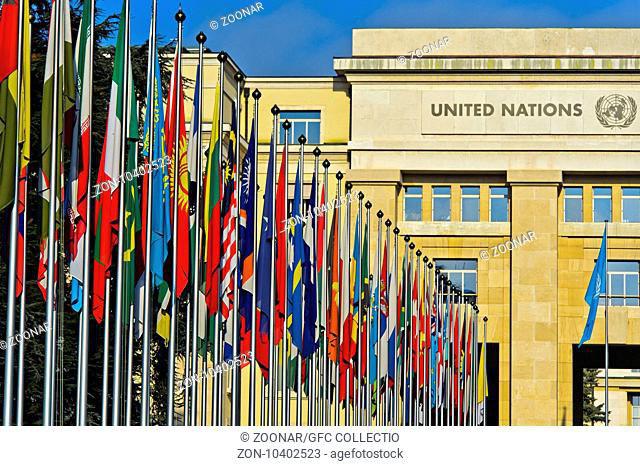 Iran's ambassador and permanent representative to the international organizations in Vienna Kazem Gharibabadi has condemned US sanctioning of Iranian Foreign Minister Mohammad Javad Zarif, calling on the UN and other world bodies to stand against the bans.

In a letter to the chief of the United Nations and other international organisations, the Iranian diplomat has slammed the US administration’s move as an unlawful and undiplomatic motion against the Islamic Republic.

He objected that Minister Zarif has been sanctioned for representing the Iranian nation to the best of his ability and for being a sincere advocate for dialogue, diplomacy, peace and multilateralism.

Gharibabadi went on to say that this is the latest case of numerous unlawful actions taken by the US administration in line with the so-called “maximum pressure” policy against Tehran.

“[The strategy] instigates economic terrorism against the Iranian nation which has been exacerbated in past 15 months after Washington’s unlawful unilateral withdrawal from the nuclear deal and bold insolence of UNSC Resolution 2231.”

The Iranian diplomat has further stated in his letter that the US arbitrary decision to sanction foreign minister of another state for no reason other than representing his nation and the State divulges the invertible duplicity of Washington’s officials in their conflicting remarks.

“It also contradicts the established principles and rules of diplomatic law and inter-state ties, especially the principle of inviolability and immunity of high-ranking foreign officials including the immunity of incumbent ministers of foreign affairs, as a universally accepted norm and rule of international law,” stressed Gharibabadi.

He also noted that the American resort to unilateral coercive measures against a UN member country and its foreign minister shows a serious setback to diplomacy. It also undermined the profession of diplomacy and puts in danger the diplomatic interaction as the recognised medium for State-to-State communication and engagement.

He noted that the restrictions levied on minister Zarif during his recent visit to New York to attend the UN meetings were against Article 105(2) of the UN Charter regarding the privileges of representatives of member states.

“It is also infringement of the 1946 Convention on the Privileges and Immunities of the United Nations and the firm principles of international customary law enshrined in 1961 Vienna Convention on Diplomatic Relations.”

Gharibabadi has further warned of the consequences of Washington’s unabated infringement of the foundation of inter-State dialogue, international cooperation and multilateralism. Addressing the UN, he underlined that by sanctioning Zarif, a globally commended diplomat who has greatly contributed to world peace through his engagement, the US administration has displayed its deep contempt.

“The UN, its subsidiary bodies and specialsed agencies as well as all its member states must stand together in defending the principles of international law which would have negative impacts for the institution of diplomacy and its vital functioning,” concludes Gharibabadi’s letter.

The Trump administration imposed sanctions on Iran’s foreign minister, striking the main diplomatic channel between Iran and the West. The US secretary of state, Mike Pompeo, said Zarif had been targeted because he acted on behalf of Iran’s Leader Ayatollah Seyyed Ali Khamenei.

“Foreign Minister Zarif is a key enabler of Ayatollah Khamenei’s policies throughout the region and around the world,” Pompeo said in a written statement. “The designation of Javad Zarif today reflects this reality.”

Zarif responded quickly on Twitter, shrugging off the significance of the US move.

“The US’ reason for designating me is that I am Iran’s ‘primary spokesperson around the world’ Is the truth really that painful?” he asked. “It has no effect on me or my family, as I have no property or interests outside of Iran. Thank you for considering me such a huge threat to your agenda.”

Zarif was the chief Iranian negotiator in the 2015 deal, the Joint Comprehensive Plan of Action, from which the US withdrew in May last year. In the face of mounting US efforts to kill the agreement, the Iranian diplomat continued to meet his counterparts from Europe, Russia and China, who have been anxious to keep the deal afloat.