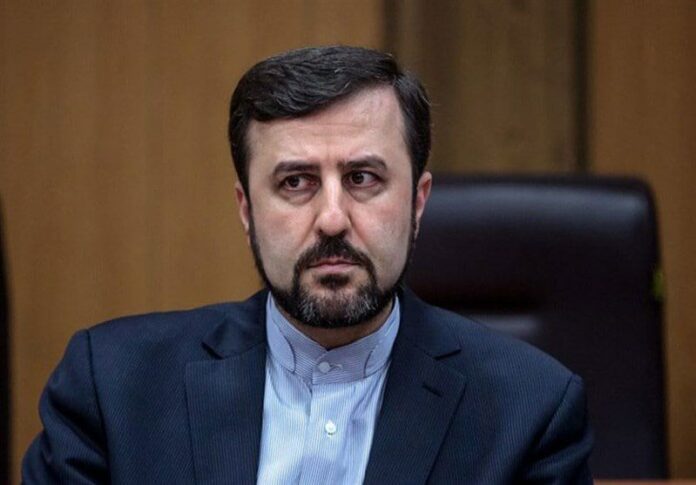 The top diplomat said among the specifications of the contemporary era is that a few countries, especially the US, tend to impose unilateral coercive measures against target countries to serve their foreign policy objectives.

He said such measures directly impacts on the right of sovereignty of affected countries as well as other nations.

“The Islamic Republic of Iran is among the countries subjected to such inhumane moves,” said Gahribabadi at the virtual Diplomatic Seminar “Unilateral Coercive Measures in the coronavirus Framework.” Organized by Iran, Cuba and Venezuela’s permanent representatives to Vienna and attended by more than 38 countries.

“This situation coupled with the rapid and unrestrained spread of coronavirus across the world has proven its adverse consequences on such countries with regards to some challenges,” he said.

“In fact, in this arena, no nation can tackle these challenges alone, and the only available tool to achieve that end is cooperation and solidarity, not intensifying inhuman coercive measures against other nations to achieve malevolent political goals,” he said.

Gharibabadi noted the unilateral anti-human coercive measures adopted by the US are the reason for restricting capabilities to maintain and boost potential for the prevention and control of the spread of COVID-19.

“These inhumane measures seriously affect the health and lives of Iranians and other nations,” the top diplomat noted.
“The Islamic Republic of Iran has tried its utmost and used all its power to prevent and control the further spread of this highly contagious virus. Still, the United States’ unilateral coercive measures, which have led to severe international banking restrictions on Iran, has highly circumscribed our ability to finance the imports of humanitarian items, including drugs and medical equipment,” he noted.

“At a time when the US government claims it has incorporated exemptions into its sanctions regime for importing humanitarian items, this claim is contrary to reality, and these exemptions have practically failed to make up for companies, banks and businessmen’s reluctance to accept risks for exports and funding humanitarian commodities,” he noted.

“Such measures have a negative impact on target countries’ ability to give adequate response to the ever-increasing health consequences of the coronavirus pandemic,” he said.

Mohsen Fakhrizadeh was assassinated, which runs counter to international law, including the principles of the UN Charter and fundamental human rights,” he said.

He praised efforts by the slain scientist, including his development of the first domestically-made kit for the coronavirus test.

“We categorically condemn this heinous terror act and call on countries and relevant international organizations to clearly and strongly condemn this terrorist act,” he noted.

He said it is time the international community denounced such criminal act and asked the US to immediately lift its illegal sanctions, so that target countries would be able to tackle this virus.