Iran Urges EU to Compel US to Abide by Nuclear Deal 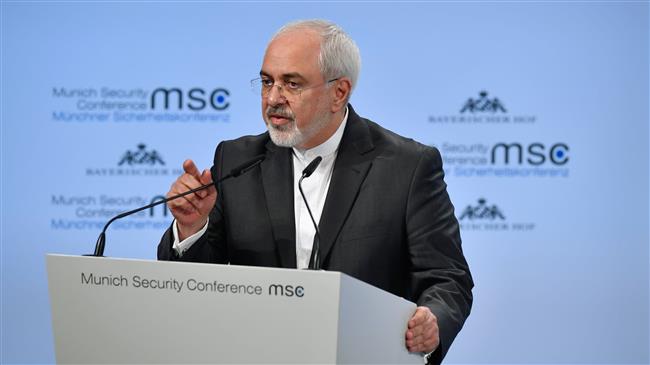 Zarif made the remark on his official twitter account late on Monday, following a meeting with France’s Foreign Minister Jean-Yves Le Drian.

“In meeting today, told France FM: EU should compel US to abide by JCPOA rather than trying to appease it by repeating its extraneous demands. To defend the nuclear agreement, mere words are not sufficient. Especially since the US is an obstacle to EU’s own adherence to JCPOA,” he said.

US President Donald Trump has repeatedly described the JCPOA, which was negotiated under his predecessor, Barack Obama, as “the worst and most one-sided transaction Washington has ever entered into,” a characterization he often used during his presidential campaign, and threatened to tear it up.

Trump has threatened to pull out of the JCPOA unless Congress and America’s European allies help “fix” it with a follow-up agreement within a 120-day deadline.

“US & Europeans should stop pouring hundreds of billions of dollars of weapons into our region instead of questioning Iran’s missiles. Not restricted by UNSC, but necessary to deter repeat of our people’s suffering when Saddam—with western support—showered us with missiles,” he added.