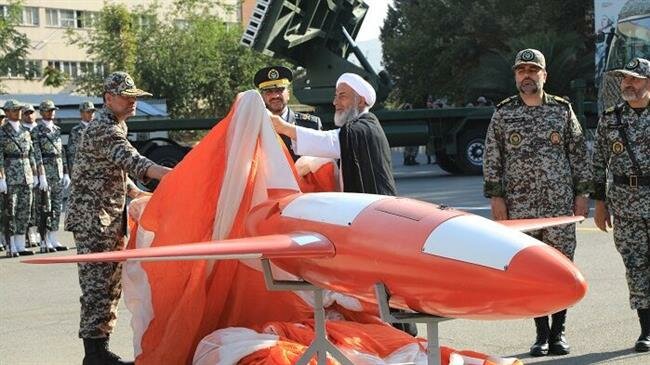 Iran has unveiled a drone in two different versions, for swift tracking and identification and for precision strikes on distant targets.

The unmanned aerial vehicle, dubbed Kian, was inaugurated in the presence of Commander of the Iranian Army’s Air Defense Force Brigadier General Alireza Sabahi-Fardand and other senior commanders on Sunday.

Speaking at the unveiling ceremony, Sabahi-Fard said that Kian had been designed in two types: one with high-speed capability for tracking and identification purposes and the other built for long-haul flights to conduct precision-strike operations.

Sabahi-Fard said the drone was designed, produced, and tested by experts at the drone unit of the Iranian Army’s Air Defense Force.

The long-haul vehicle, he said, is capable of hitting targets far from Iran’s borders and engaging in defense on hostile territory.

Iran has made major breakthroughs in its defense sector and attained self-sufficiency in producing military equipment and hardware despite facing sanctions and Western economic pressure.

On June 20, Iran’s Islamic Revolution Guards Corps (IRGC) shot down an advanced US-made RQ-4 Global Hawk over the territorial waters off the coastal province of Hormozgan.

The unmanned US aircraft was brought down by Iran’s indigenous Khordad 3 air defense system after it breached the country’s airspace on a spying mission.