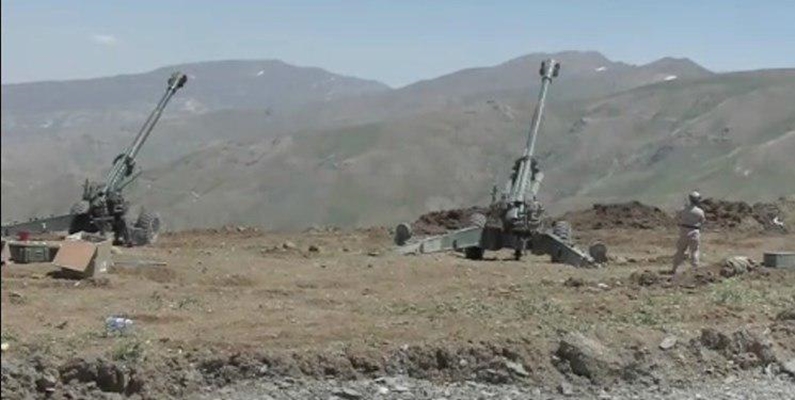 Iran’s Islamic Revolution Guards Corps (IRGC) has put into service its laser-guided cannon system for the first time during its recent retaliatory attacks against terrorists’ positions in the Iraqi Kurdistan.

The IRGC unleashed a barrage of rockets and laser-guided cannon shells on terrorists’ positions, bases and training camps along the borders of the Iraqi Kurdistan region as of Wednesday, July 10, 2019.

A major feature of the combat operation was the use of laser-guided cannon rounds.

Krasnopol shells are a kind of projectile fired at targets using laser technology. It seems this kind of ammunition was used for the first time in the IRGC’s recent assault on terrorists.

“Our strategy is to use each bomb or missile to hit a single target, and today we are seeing our cannon systems using laser-guided Krasnopol shells can hit targets with pinpoint accuracy, and we are moving toward this doctrine, i.e., every shell, bomb or missile for a single target,” IRGC’s Ground Force Commander Brigadier General Mohammad Pakpour had said before.

Guided cannon rounds called Basir had earlier been unveiled. Basir is controlled with canards installed on the body of the shell. Canards open after rounds are fired and guide the shell until it hits the target.

Using guided munitions one can not only save time and cost and prevent the waste of so many shells, but also increase the Armed Forces’ combat and tactical capabilities.