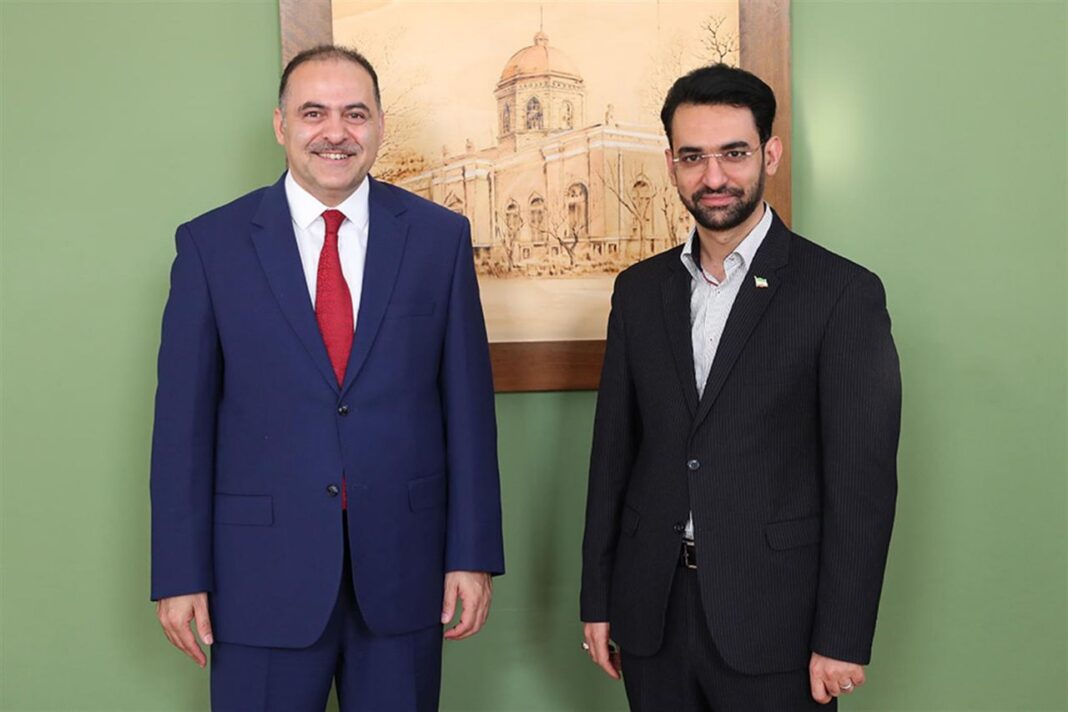 Senior officials from Iran and Turkey have agreed to promote cooperation between the two neighbours in the field of new technologies, particularly the artificial intelligence.

In a Tuesday meeting with Turkey’s Deputy Minister of Transport and Infrastructure Omer Fatih Sayan, Iranian ICT Minister Mohammad Javad Azari Jahromi described the sessions of an expert committee of cooperation on information technology as a major step in promoting mutual cooperation between Iran and Turkey.

“The two countries’ determination to enhance political ties is unequaled. There are common targets, and the two countries have strong motive for fulfilling those purposes,” the Iranian minister added.

The world’s future would be shaped by digital economy, Azari Jahromi noted, calling for plans to promote mutual cooperation to enable Tehran and Ankara to have a share of the digital economy.

Pointing to an invitation from Turkish Minister of Transport and Infrastructure Mehmet Cahit Turhan to a meeting of the information technology ministers from the members of D-8 Organization for Economic Cooperation, Azari Jahromi expressed hope that the outcome of a session of the expert committee of mutual cooperation would result in a ministerial meeting of the Joint Commission on the sidelines of the D-8 conference.

He also warned that the failure to invest in modern technologies, such as the artificial intelligence, would turn a country into a mere consumer in future, as the economic inequality is widening in the world.

The Iranian minister further stressed the need to carry out the agreements made in a four-party conference of the telecommunication ministers of Iran, Russia, Turkey and the Republic of Azerbaijan, expressing hope for closer bilateral and regional cooperation in the field of new technologies.

“We believe, as well, that we need to promote mutual cooperation on the new technologies, such as artificial intelligence, and we have the needed preparedness in this regard,” Sayan added.

He finally reaffirmed Turley’s commitment to the results of the four-party meeting of the telecommunication ministers in Tehran, saying his country is ready to host the next meeting of ministers of Iran, Turkey, Russia and the Republic of Azerbaijan.