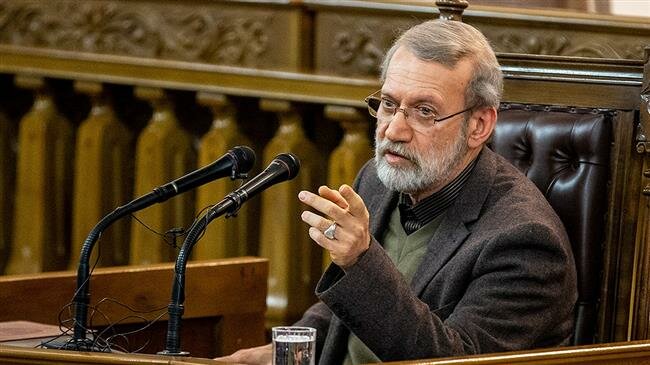 Parliament Speaker Ali Larijani says Iran is ready to react if the Europeans use a "snapback mechanism" in the nuclear accord to reinstate sanctions on Tehran.

“If the European states use the mechanism, Iran will also revise some of its commitments to the International Atomic Energy Agency (IAEA),” he said.

Tehran is in the middle of a process to scale back its commitments under the Joint Comprehensive Plan of Action (JCPOA), the nuclear accord reached in 2015.

Iran is unhappy with the unilateral US withdrawal from the deal last year and its decision to reimpose sanctions on Tehran.

The Islamic Republic says its patience is also over with the Europeans because of their failure to protect Iran from the effects of the sanctions.

Germany, France and Britain are the three countries representing Europe as the signatory to the JCPOA, along with China and Russia.

For an entire year, Tehran remained fully committed to the JCPOA, waiting for the other sides to fulfill their end of the bargain.

As the Europeans failed to do so, Tehran moved in May to suspend some of its commitments as per Articles 26 and 36 of the nuclear deal.

So far, the Islamic Republic has gone through four stages of its plan to roll back the country’s obligations.

Larijani said Iran waited for more than a year after the US pullout, but the path to dialog and diplomacy still remains open.

He, however, warned the other parties should not make impudent remarks about Iran.