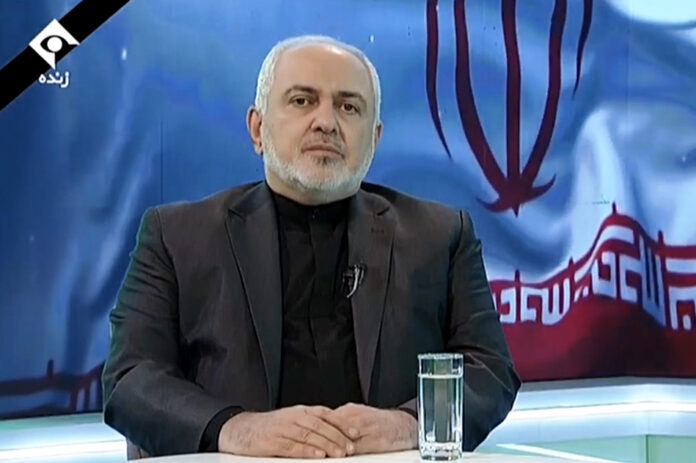 Iran’s foreign minister says the country will respond to the US over the assassination of top General Qassem Soleimani at whatever time and in any manner that Tehran deems advisable.

Speaking in a televised interview on Friday night, Mohammad Javad Zarif touched upon a message from the US relayed to Iran via the Swiss embassy.

“The Swiss, who represent US interests [in Iran], brought a very unwise message from the Americans, which received a firm response,” he noted.

“The Americans made a wrong move and are now worried about its consequences,” said Zarif.

“Mr. Pompeo has made several phone calls to say they are not seeking tension, but seeking diplomacy,”

“[But] you were seeking tension, and no one buys these US gestures. It seems that the Americans will eliminate themselves from the region with their miscalculation,” he said.

Zarif’s comments came after IRGC Lieutenant Commander Brigadier General Ali Fadavi suggested on Friday that the Americans had asked Iran via Switzerland to give a response ‘proportional to the US attack’.

In his interview, Zarif stressed that Iran will not be trapped by Washington’s alarmism and chantage.

“The United States made a miscalculation and received extremely inappropriate consultations from some reactionary and puppet heads of state in the region as well as officials of the Zionist regime [of Israel] whose terrorist-breeding policies had been foiled thanks to the vigilance and bravery of General Soleimani,” he said.

“They had a deep grudge against the general,” said Zarif.

Zarif also said the US assassination of general Soleimani amounted to the violation of Iraq’s territorial integrity and national sovereignty.

He said the assassination ordered by US President Donald Trump was an election ploy as well both for Trump himself and for Israeli Prime Minister Benjamin Netanyahu.

“The assassination was also aimed at relieving the pressure of impeachment on Trump,” the top diplomat noted.

He described the US assassination of General Soleimani as a cowardly act. “They could not hit the Iranian commander [in normal way]. They had but to kill the general in that manner …. It is a coward way to use state terrorism.”

The assassination of General Soleimani also hurt Iraqi people’s feelings, as he was a messenger of peace who fought terrorism and violence, he added.