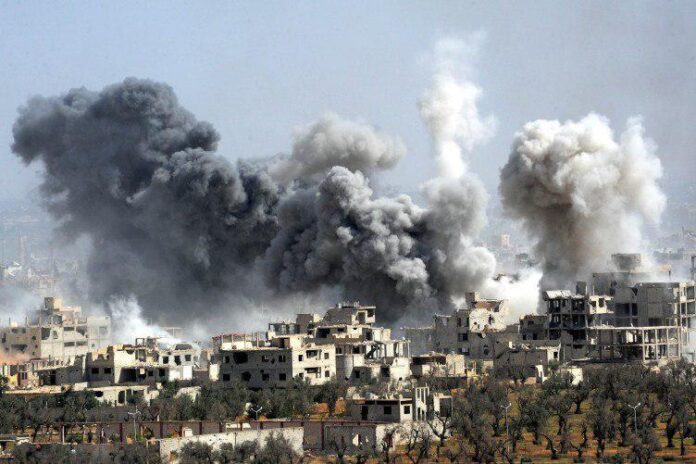 Iranian Foreign Ministry Spokesman Bahram Qassemi has pointed to a chemical attack in Douma in the Eastern Ghouta suburb of Damascus and emphasized that any use of chemicals by any party is strongly condemned.

“The Islamic Republic of Iran, as one of the victims of chemical weapons, strongly condemns the use of such weapons by any party and anywhere in the world based on its principled policies and religious and moral teachings,” Qassemi said in a Sunday statement.

“The Syrian army’s use of chemicals does not seem logical since it has the upper hand in its war against armed terrorists,” stressed Qassemi.

“Such allegations by the US and some other Western countries reveal a new plot against the Syrian government and people. This is an excuse for military action against Syrians and will definitely add to the complexity of the situation in this country and region.”

Reports say dozens of Syrians choked to death after a suspected chemical attack struck the suburb of Douma, east of Damascus on Saturday.

Western governments were quick to blame President Bashar al-Assad’s government for the assault. US President Donald Trump on Sunday accused Syria, Iran, Russia saying that there would be a “big price to pay” for the chemical attack.

“Many dead, including women and children, in mindless chemical attack in Syria. Area of atrocity is in lockdown and encircled by Syrian Army, making it completely inaccessible to outside world. President Putin, Russia and Iran are responsible for backing Animal Assad. Big price to pay,” Trump wrote on Twitter.

The Russian Foreign Ministry warned against any military action on the basis of “invented and fabricated excuses”, saying this could lead to severe consequences.

A joint statement by medical organizations said 49 people had died in the attack late on Saturday in the town of Douma. Others put the toll even higher.