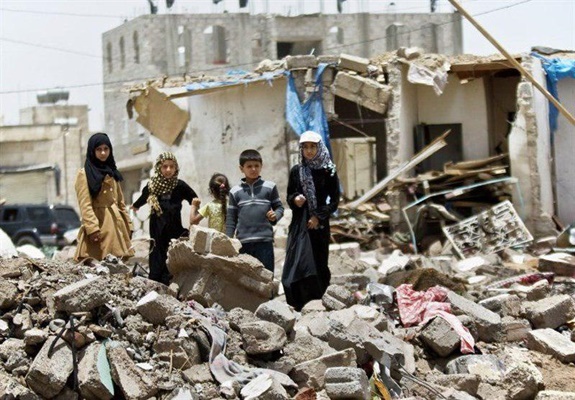 Iranian Foreign Ministry Spokesman Seyyed Abbas Mousavi has strongly denounced the Saudi-led coalition’s bombardment of residential areas in the Yemeni capital of Sana’a, which left dozens of civilians including women and children dead or wounded.

In a Friday statement, Mousavi strongly condemned the crime which was committed during the holy month of Ramadan, and expressed sympathy with the families of the victims.

“We call on the international community as well as human rights bodies to shoulder their responsibility and prevent such crimes from recurring in any way possible,” he said.

“Countries that support the forces invading Yemen and provide them with bombs and destructive weapons are complicit in the crime and should be held accountable,” Mousavi noted.

The latest attacks targeted residential areas of Sana’a. Women and children were among the fatalities. Dozens more were also been wounded.

Saudi Arabia started its war on Yemen in March 2015. Over 15,500 people, mostly civilians, have lost their lives since then.