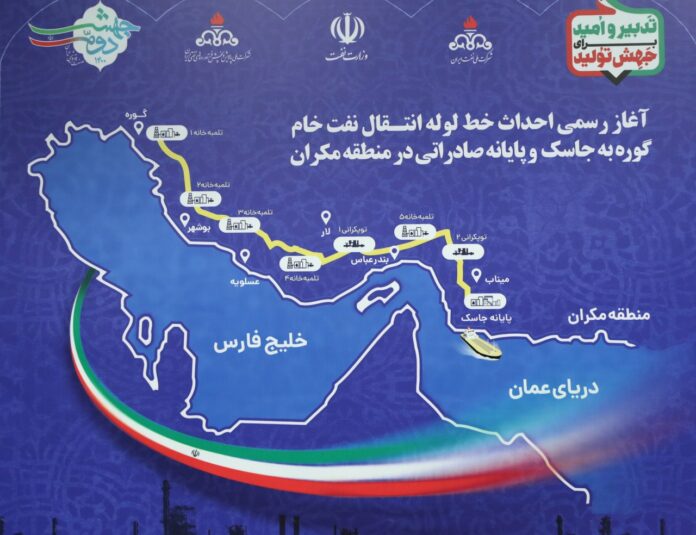 The Iranian president says the national pipeline project launched on Thursday to carry oil as an alternative route for the Strait of Hormuz serves as an important message to those that have imposed sanctions on the country.

President Hassan Rouhani said other countries in the region have also developed alternative methods of supplying oil should the Strait of Hormuz become unsafe one day for exporting crude.

“Many regional countries managed to find a second way to export oil in case it would be risky one day to export crude via the Strait of Hormuz. Alternative methods could be exporting oil through the Red Sea, the Sea of Oman or the Mediterranean,” said the president at a ceremony where operational work got underway for three major projects of the Iranian Oil Ministry.

The projects included a major pipeline that connects Goreh in the west of Persian Gulf to Jask Port in its east, making the country independent of Strait of Hormuz for oil exports.

“The Islamic Republic of Iran was the only country whose oil exports would be completely halted if the Strait of Hormuz were closed one day for some reason,” he said, indicating that the problem is solved now that a pipeline is being constructed in the south of the country as an alternative way for the Strait of Hormuz to export oil.

“This is the most important project, not only from an economic point of view, but also in terms of national security, economic security and energy security,” he said.

“With the pipeline taking oil to [the port of] Jask going into service in March 2021, hopefully some one million barrels of crude will be exported from this port,” he noted.

“Jask will turn into Iran’s key hub of oil exports,” said the president.

He said the inauguration of major national projects is a very strong message to the Americans as well as adversaries of Iran and those who have imposed sanctions on this country.

“The enemies should know that their attempts are futile and will get nowhere, and we will press ahead with our projects and important national objectives without even one minute of delay,” he said.