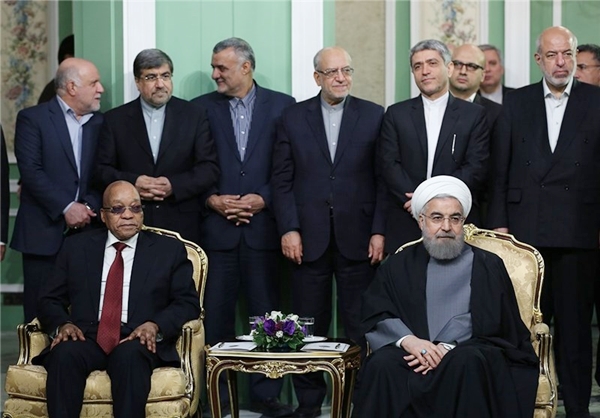 Iranian President Hassan Rouhani and his South African counterpart, Jacob Zuma, who arrived in Tehran earlier in the day for an official visit, attended the ceremony. 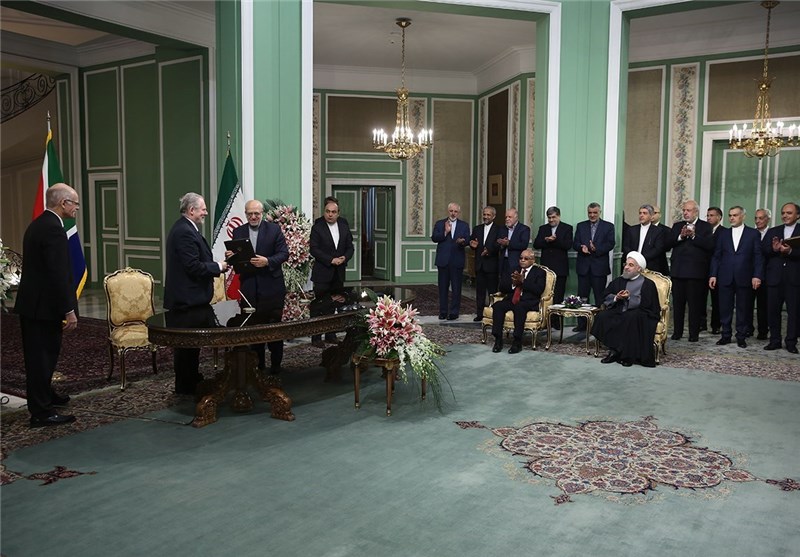 The documents signed in the gathering include MoUs on trade and industry, establishment of a joint task force on investment, agriculture, management of water resources, insurance services, exchange of financial information to counter money laundering, cooperation between the Research Institute of Iran’s Petroleum Industry and the Petroleum Oil And Gas Corporation of South Africa (PetroSA), as well as a document on culture and the arts.

Zuma is heading a 180-member politico-economic delegation in his trip to Tehran.

He had been expected to visit Iran in late February, but his trip was postponed.