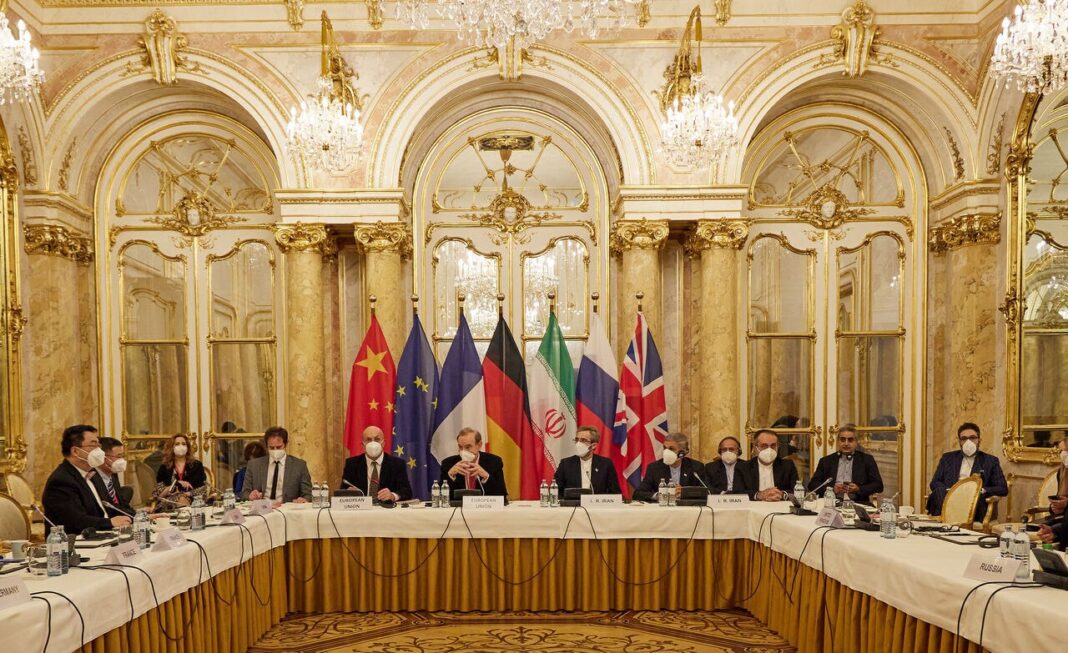 A source close to the Iranian negotiating team in the Vienna talks has rejected a foreign news outlet’s claim that there is talk of an interim agreement between Iran and the P4+1 group in Vienna.

The source told IRNA that an interim deal is off the table and that the Islamic Republic only accepts a reliable and lasting agreement.

Earlier, NBC News quoted some US officials as saying that Russia in recent weeks as part of efforts to revive the JCPOA has discussed a possible interim nuclear deal with Iran, including a limited lifting of sanctions in exchange for re-imposing some restrictions on Iran’s nuclear activities.

The US network reported that unnamed informed sources said that the United States was aware of Russia’s offer to Iran.

Meanwhile, NBC News cited a senior Biden administration official as saying an interim nuclear deal is not being seriously discussed.

Iran and the P4+1, namely Russia, China, Britain, France and Germany, have been holding intensive talks in Vienna to revive the Iran nuclear deal, JCPOA.

The talks are aimed at paving the way for the removal of the anti-Iran sanctions and the US’s return to the JCPOA. Washington left the deal in 2018 under former president Donald Trump.