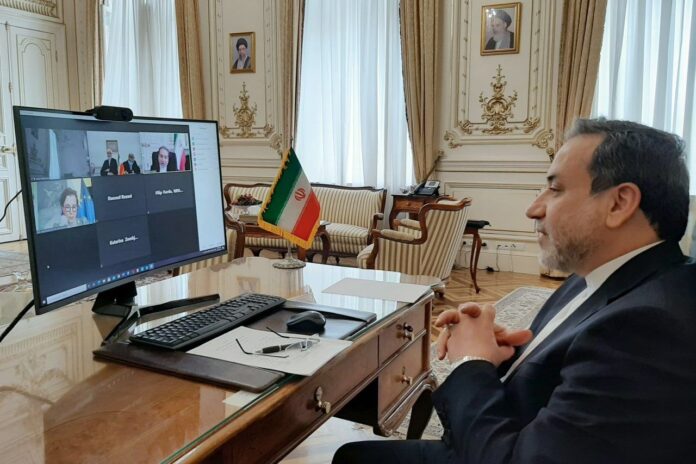 In the virtual meeting held on Tuesday, the two sides discussed the latest regional and international developments as well as the enhancement of relations between the two countries in different political, economic, cultural and academic areas.

Araqchi, who joined the video conference call from Vienna, elaborated on Tehran’s stance on the 2015 nuclear deal, officially known as the Joint Comprehensive Plan of Action (JCPOA).

He made it clear that Iran stands ready to revive the JCPOA once the other side returns to its commitments under the deal and Iran verifies the other side’s compliance with its obligations.
The two sides expressed content with the expansion of Tehran-Bratislava relations over the past years, and said they support further promotion of mutual ties.

They underscored the importance of utilising untapped potential for the expansion of relations, including through holding meetings of the two countries’ joint economic commission and attending bilateral as well as international events in different areas.

Moreover, the Iranian official aired his grievances over the European Union’s recent decision to put the names of several Iranian officials and bodies on its sanctions list.

“In reaction to this move, Iran will suspend its comprehensive negotiations with the EU and its cooperation on [fighting] terrorism and narcotics as well as refugees,” he said.