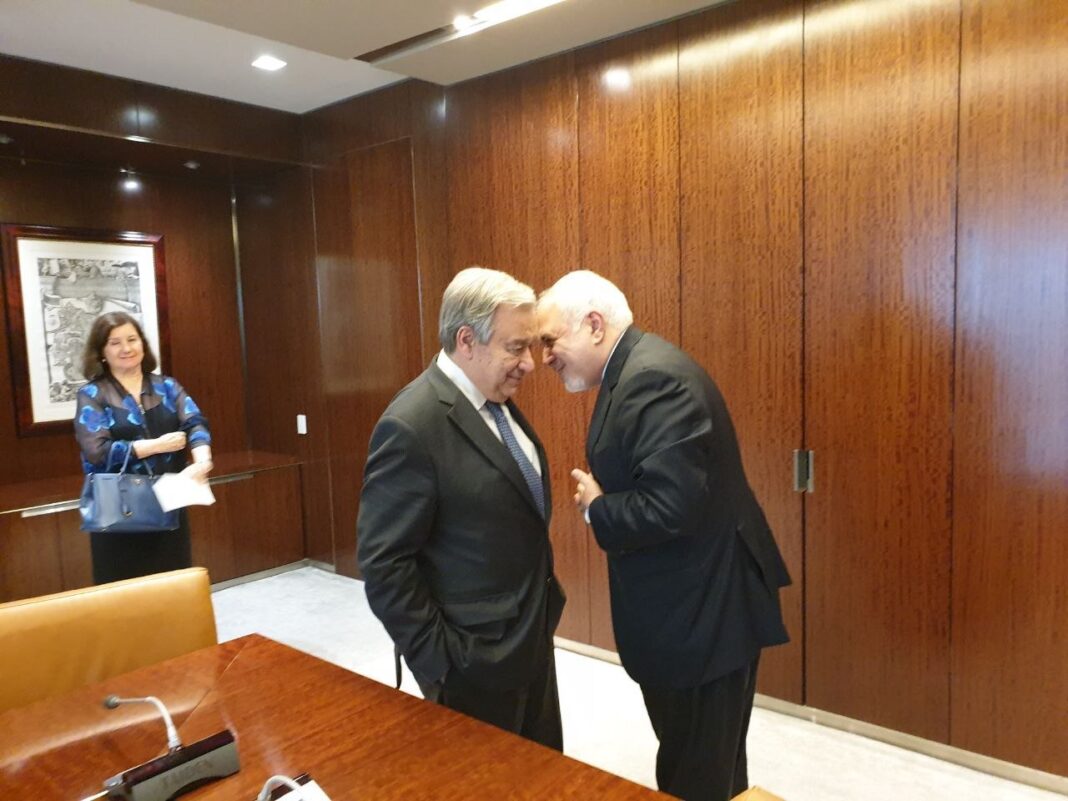 Iranian Foreign Minister Mohammad Javad Zarif has lashed out at the US’ restrictions on the movement of the staff of the Iranian mission to the UN in New York.

Zarif raised the issue in a Thursday meeting with Secretary General of the United Nations António Guterres at the UN headquarters.

Zarif had earlier described US travel restrictions imposed on Iranian diplomats and their families living in New York as “basically inhuman.”

“It is certainly not a friendly action. It puts the members of the mission and their families under basically inhuman conditions. But for me it’s fine because I don’t have any work anywhere other than the three buildings,” Zarif told reporters at the United Nations on Wednesday.

The United Nations on Monday expressed concerns about the curbs.

During the Thursday meeting, Zarif and Guterres also discussed the ongoing tensions in the region, the UK’s illegal seizure of a tanker carrying Iranian oil, and Iran’s reduction of its nuclear commitments.

They also exchanged views on regional issues including the latest developments in Syria, Yemen, and Afghanistan.