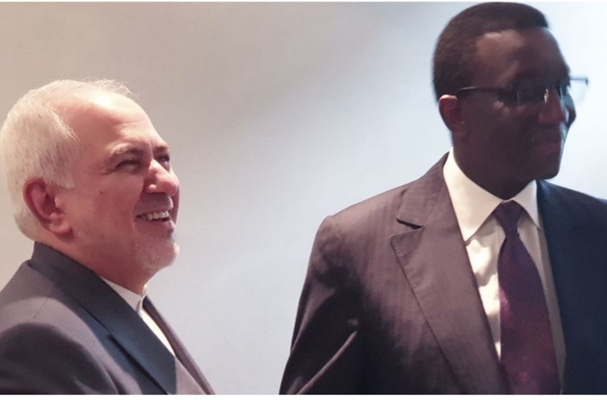 The foreign ministers of Iran and Senegal have explored ways of expanding economic and trade cooperation between the two countries and contributing to regional stability and security.

Iranian Foreign Minister Mohammad Javad Zarif arrived in Senegal’s capital Dakar on Thursday morning after a tour of Americas that took him to New York for a UN meeting and later to Venezuela, Nicaragua and Bolivia.

During the one-day stay in Dakar, Zarif held a meeting with his Senegalese counterpart Amadou Ba.

In the meeting, the ministers discussed the ways to enhance cooperation between the two countries in the trade fields, energy and power plant industry, automotive industry, and nanotechnology.

Zarif and Ba also stressed the need for holding a session of Iran-Senegal joint economic commission, for promoting cooperation in the international organizations, particularly in the United Nations and the Non-Aligned Movement, for Islamic world’s unity, supporting Palestine and restoration of the Palestinians’ rights, as well as the need for stability and security in the region and de-escalation of tensions.