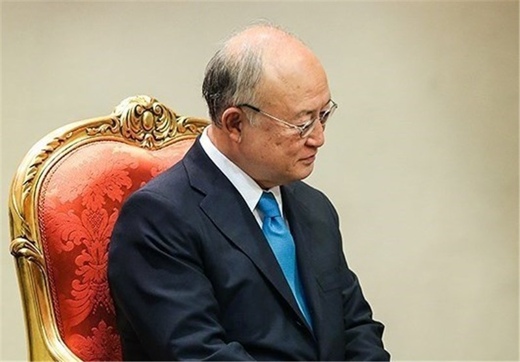 Iran’s Foreign Ministry has extended condolence over death of the International Atomic Energy Agency’s director general, paying tribute to him for the professional handling of various issues and contribution to the international peace.

In a statement on Monday, the Foreign Ministry voiced sadness over the death of Yukiya Amano, who has died at age 72.

“The Ministry of Foreign Affairs of the Islamic Republic of Iran expresses deep sadness over the passing away of Mr. Yukiya Amano, the late director general of the International Atomic Energy Agency, lauds his professional activities, and extends sympathy with the Japanese government and nation, and with his family and colleagues. By pursuing the subjects and issues about disarmament professionally and impartially during his tenure in the IAEA, Mr. Amano played a prominent and influential role in helping the promotion of international peace and security,” said the statement.

Amano, the Japanese diplomat who led the UN nuclear agency for a decade, died on July 18. But his family had only informed the IAEA late on Sunday, “with the specific request not to disclose it until the family funeral had taken place on 22 July in a quiet atmosphere”.

Amano was expected to announce his decision to step down due to an illness that had visibly weakened him over the past year. His third term had originally been due to expire in November 2021.