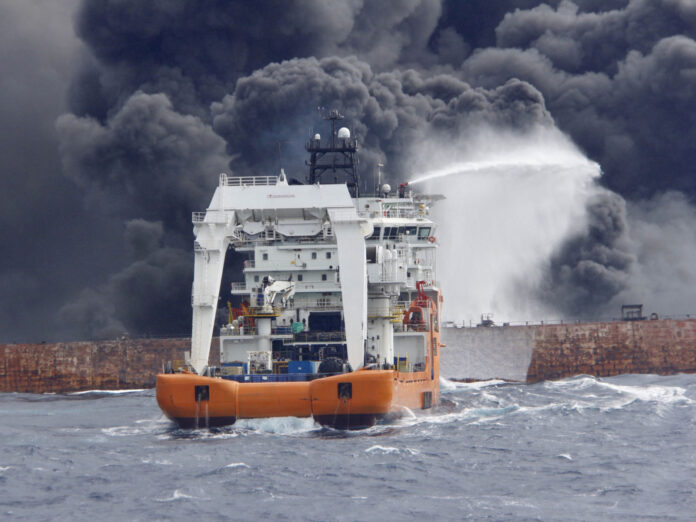 An Iranian lawmaker says the country is going to deploy a group of deep-sea divers to China to explore the Panama-registered Sanchi oil tanker, which caught fire and sank in East China Sea in mid-January.

According to a Farsi report by Tasnim News Agency, Hosseini stated that the decision was made following the meeting of the National Security Commission of the Parliament with the officials of the Ministry of Cooperatives, Labour, and Social Welfare and the Shipping Organization.

The exact travel time and the composition of the workgroup will subsequently be announced.

He underlined that the data recorder of the oil tanker is being studied and one of the tasks of the workgroup is to be kept abreast of retrieving its information.

“In the composition of this workgroup, there are representatives from various organizations and the issue has been coordinated with the Chinese government.”

Naqavi Hosseini noted that China says it has sent underwater robots to analyze the information, but this has not been acceptable for Tehran; therefore, it was decided that a group of professional divers be deployed to check the situation.

The Panama-registered Sanchi, carrying 136,000 tonnes of highly flammable ultralight crude oil and a crew of 30 Iranians and two Bangladeshis, collided with the Hong Kong-registered bulk freighter CF Crystal about 160 nautical miles east of Shanghai on January 6.

The tanker, operated by Iran, exploded and sank about 530 kilometres (329 miles) southeast of Shanghai with all 32 crew members believed dead.