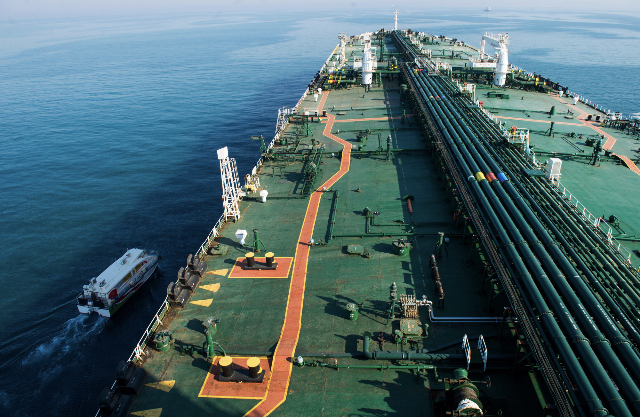 Iran’s ambassador to India Ali Chegeni told ThePrint in an interview that bilateral ties are poised to reach the next level under Iran’s new President Ebrahim Raisi.

The envoy said the country’s Foreign Minister Hossein Amir Abdollahian plans to visit New Delhi later this month for the India-Iran Joint Economic Commission, which will “herald a new era” for the countries.

“We have no limit, no ban, no barrier in developing our relationship with India … India used to be our big customer of oil, and we were the first country to export oil to India based on the rupee. It was recognition of the rupee as international money, instead of using the dollar or some other currency. We did that also to buy commodities from India,” Chegeni stated.

“For oil, we expect India to begin (purchases). Of course, we are not deciding on behalf of our Indian friends; Indian authorities should do that. But from our side, there is no problem in exporting oil and gas, petrochemical and even non-oil goods. There is a big capacity,” the ambassador added.

According to Chegeni, two-way trade between India and Iran, which had exceeded $17 billion in 2018-19, had the potential to reach $30-35 billion by this fiscal had the oil imports not been stopped by India.

“If India starts taking oil, gas and other items from Iran, then both sides can have balanced trade,” he continued.

In May 2019, under pressure of stringent economic sanctions from the US administration, New Delhi had brought oil imports from Tehran down to zero.

The development of the Farzad B gas field, negotiations for which had been going on for over a decade, is another part of the bilateral ties that has suffered a setback.

In 2008, ONGC Videsh Ltd (OVL), the Indian public sector oil and gas corporation, had discovered the gigantic gas field spread across the maritime boundary of Iran and Saudi Arabia in the Persian Gulf.

In February 2018, on then-Iranian President Hassan Rouhani’s visit to India, New Delhi and Tehran had decided to move beyond the traditional buyer-seller relationship in their energy partnership, and expediting negotiations on Farzad B. But in May this year, Iran decided to go ahead with the project on its own, without India’s cooperation, giving the contract to a local company.

However, according to Chegeni, “the door is still open for India for Farzad B”.

“But how to go about it will be decided between the oil ministries of both sides. This block is common between us and some neighbouring countries. Since 2006, they are taking their share and we are losing out. We have lost more than 15 years because of the slow reply and activity from our Indian friends. It is now up to India to decide how they want to come (join the project),” Chegeni noted.

According to Chegeni, although India considers the Chabahar Port project as the ‘Golden Gateway’ to Afghanistan, Central Asia and Eastern Europe, there is “not enough activity” taking place from India’s side.

“Chabahar, on paper, is not covered by the US’ illegal sanctions,” he said, adding that there is still some fear on India’s part, and maybe some “scare” from “third parties” in investing and working in Chabahar.

While India has been focusing on developing Chabahar to enhance trade with the landlocked Afghanistan and the countries beyond it by bypassing Pakistan, it has not moved on the next phase of the project, which involves building a rail-link from Chabahar to Zahedan, near the Afghanistan border. India was also expected to invest in setting up plants in sectors such as fertilisers, petrochemicals and metallurgy in the Chabahar Free Trade Zone, but nothing happened.

Last year, seeing a delay from India’s side, Iran decided to develop the rail link on its own.

“We have completed more than 70 per cent of the rail network between Chabahar and Zahedan… We now expect India to come for signalling and other infra development,” the envoy said.

“Chabahar is a very big area for investments and there is a free trade zone area … (There are a) lot of opportunities for India to come and invest. Unfortunately, the private sector from India is still hesitant because of some fear regarding the sanctions. I am sure the (Indian) government wants that, but the speed is not there,” he commented.

Amir Abdollahian was scheduled to visit earlier, but due to the rapid changes in Afghanistan under the Taliban regime, the trip got postponed.

“My minister will be coming; we will have an exchange of visits … A new chapter will be opened. Both countries have a lot of potential to improve the relationship … We are going to have a very good relationship, promoting economic, political and other aspects of the relationship,” he added.

Chegeni further said for the first time in the history of India-Iran bilateral ties, a special representative for India has been appointed by his country’s President. Earlier this year, External Affairs Minister S. Jaishankar visited Iran twice as President Raisi came to power.

Chegeni stated Iran will also participate in the NSA-level talks on Afghanistan in New Delhi, which will be hosted by National Security Advisor Ajit Doval.

Tehran last month hosted a meeting of Afghanistan’s neighbouring and regional countries, to which India was not invited. The meeting was aimed at pushing the Taliban regime in Afghanistan to establish an inclusive government.

Chegeni said this was an initiative of Pakistan, and inviting India depended on the entire group. Apart from Iran, the meeting in Tehran was attended by Pakistan, Tajikistan, Uzbekistan, Turkmenistan, China and Russia. The next round, which is going to be the third of this format of talks, is expected to be held in Beijing.

He also added Afghanistan should not become a place from where terrorists are to be used against neighbouring and regional countries.