Iran Says Will Continue Uranium Enrichment Based on JCPOA 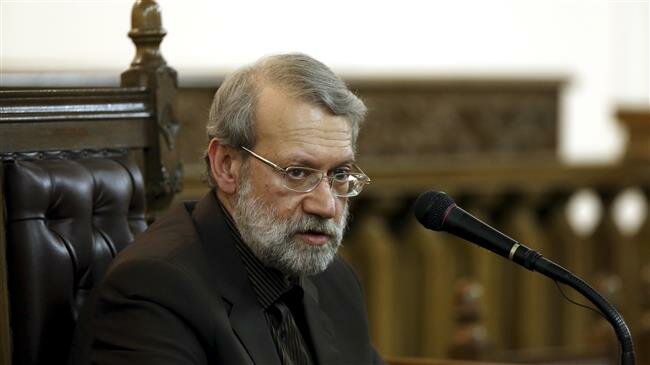 Iranian Parliament Speaker Ali Larijani says the Islamic Republic will continue uranium enrichment in line with a multilateral nuclear deal it reached with world powers in 2015, despite a US move to impose sanctions on Iran's export of enriched uranium.

“Under the JCPOA (the nuclear accord, officially known as the Joint Comprehensive Plan of Action), Iran can produce heavy water… and based on the agreement, we have not carried out anything in violation of it,” Larijani said on Saturday.

“Any involvement in transferring enriched uranium out of Iran in exchange for natural uranium will now be exposed to sanctions. The United States has been clear that Iran must stop all proliferation-sensitive activities, including uranium enrichment, and we will not accept actions that support the continuation of such enrichment,” the State Department announced in a statement.

Under the JCPOA, Tehran is limited to keeping 300 kilograms of uranium enriched up to 3.67 percent. As part of the nuclear deal, Iran is allowed to sell any enriched uranium above that threshold on international markets in exchange for natural uranium, with Russia a key player.

The waivers, due to expire Saturday, are extended for 90 days, the State Department statement added.

In a quarterly report released in February, the International Atomic Energy Agency (IAEA) said Iran continued to comply with the restrictions on its nuclear activities under the JCPOA.

It added that Iran remained within caps on the level to which it can enrich uranium and complied with limitations on its stock of enriched uranium in accordance with the nuclear accord.

Trump withdrew Washington in May 2018 from the landmark Iran nuclear agreement, reached between Iran and the P5+1 group of countries, and decided to re-impose unilateral sanctions against Tehran.

Under the JCPOA, Iran undertook to put limits on its nuclear program in exchange for the removal of nuclear-related sanctions.

Elsewhere in his remarks, Larijani said certain countries were making efforts to create problems for Iran but reiterated that the Islamic Republic was playing a leading diplomatic role in the international scene.

“We know what they are doing, but we are not like some novice [countries] in the region and we will do nothing … that may lead to further chaos in the region,” the top Iranian parliamentarian said.

They have waged an all-out psychological warfare, piled up economic pressure against the Iranian nation and caused chaos in the international scene, he added, emphasizing that such efforts may bring about certain temporary benefits for them but would undermine their positions in the world.