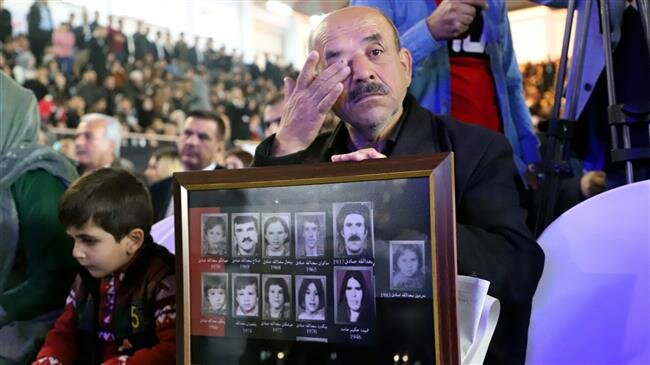 Iranian Foreign Minister Mohammad Javad Zarif has recalled the massacre of Iraqi Kurds at the hands of former Iraqi dictator Saddam Hossein in a chemical attack on March 16, 1988, saying Western governments would fail in their attempts to whitewash the incident.

In a tweet posted on Saturday, Zarif said Iran and its Kurdish brothers in Iraq will not allow the Halabja chemical attack to be forgotten.

“The West may like to forget about horrors of Halabja & Sardasht—31 years ago today—but neither we, nor our Kurdish brethren, ever will,” read Zarif’s tweet while making a reference to the Iranian city of Sardasht which had been targeted in a similar chemical bombardment by the then Iraqi regime a year earlier.

Some 5,000 people were killed and another 10,000 were injured in the chemical massacre launched by Saddam on his own citizens. The attack on Iran’s Sardasht in June 1987 also left 650 civilians killed.

Zarif said Western governments have always sought to conceal their role in a historic catastrophe which continues to live on through its impacts on the health of the local population in Iran-Iraq border regions.

“First they denied it happened—then they blamed Iran. When it was clear it was their own ally, using their own chemical weapons, they were silent,” said Zarif in his Twitter post.

Iran has always criticized Western governments for their duplicity on dealing with weapons of mass destruction, especially during an eight-year war in Syria where the United States and allies have repeatedly accused the Syrian government of using chemical weapons against civilians.

That comes as independent probes have revealed that militants backed by the West and countries in the Middle East have stockpiled chemical weapons in depots in Syria only to have them bombarded by Syrian military planes during the battles.