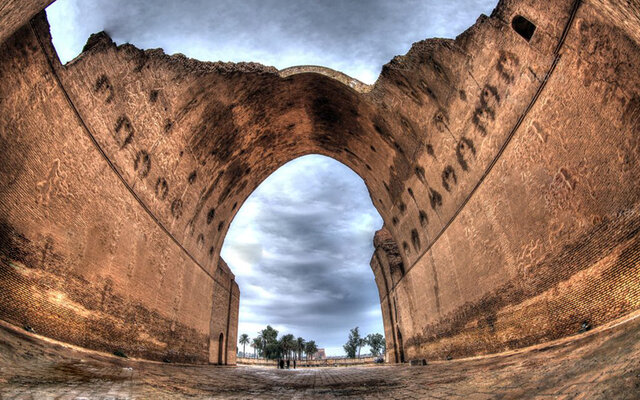 Iran says it will help restore the Persian archaeological masterpiece Taq Kasra (also known as the Arch of Ctesiphon), located in modern-day Iraq, only if Baghdad officially asks Tehran to do so.

Taq Kasra is the remains of a Sassanid-era Persian monument, dating back to the 3rd-6th century. It is located near the modern town of Salman Pak in Iraq. It is the only visible remaining structure of the ancient city of Ctesiphon. The archway is considered a landmark in the history of architecture, and is the largest single-span vault of unreinforced brickwork in the world.

“If they want to have Taq Kasra definitely restored, they should prepare the ground and officially ask us to do so, so that an official memorandum of understanding would be signed immediately and researchers and restoration experts would get to the site to begin work; otherwise, the Iranian
Ministry of Cultural Heritage, Tourism and Handicrafts cannot do anything to restore and renovate the monument,” said the Iranian deputy minister of heritage, tourism and handicrafts.

This came after parts of the historical monument collapsed again, prompting both Iraqi authorities and other cultural heritage officials to warn against possible further damages to the ancient structure.

Over the past several years, Iraqi officials have called on Iranian cultural heritage authorities to help restore, renovate and save this historical monument.

However, Iran says it will send teams only when Iraq makes an official invitation.