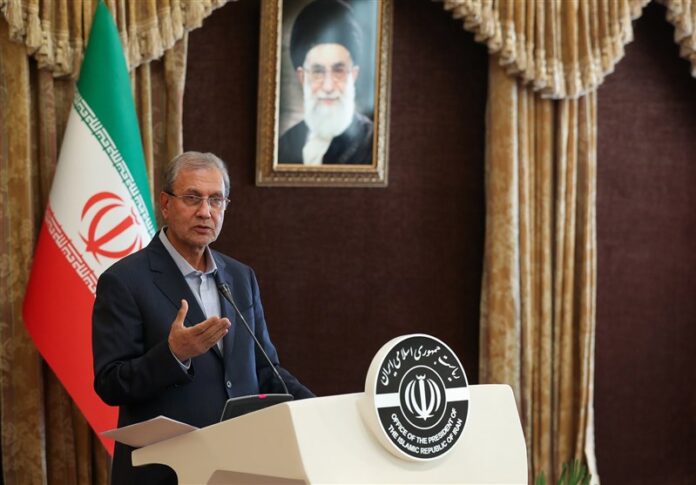 Iran’s government spokesman has urged all regional states to avoid interfering in Iraq’s internal affairs, including the recent protests in the country.

Speaking in a press conference on Monday, Ali Rabiei said the approach adopted by Baghdad to deal with demonstrators is peaceful, adding the unrest is a domestic issue of Iraq.

He urged Iraq’s neighbours not to meddle in their neighbour’s internal affairs.

“Iraq’s neighbours have a duty not to interfere in Iraq’s internal politics, to set the stage for reaching necessary agreements to give the Iraqi nation the rightful status it has had as a bridge connecting the regional nations,” he noted.

Rabiei noted the issue of Iraq is important to Iran, highlighting that “the destiny of Iraqi people is tied to that of Iranians historically and culturally.”

He further lashed at the US and Israel for trying to cash in on the unrest in Iraq.

“Intelligence on the ground as well as Trump’s hasty tweet shows the US and the Israeli regime and some regional countries have waged psychological warfare to piggyback on people’s demands,” he noted.

The government spokesman further stressed the importance of national will to end the current unrest in Iraq.

“We are confident and Iraqi people’s legitimate demands can be met within the framework of Iraq’s Constitution and through the national will of all ethnic and religious groups and by following top Iraqi religious figures in order to solve problems,” he noted.