Iran Says Pullout of US Troops from Syria ‘Long Overdue’ 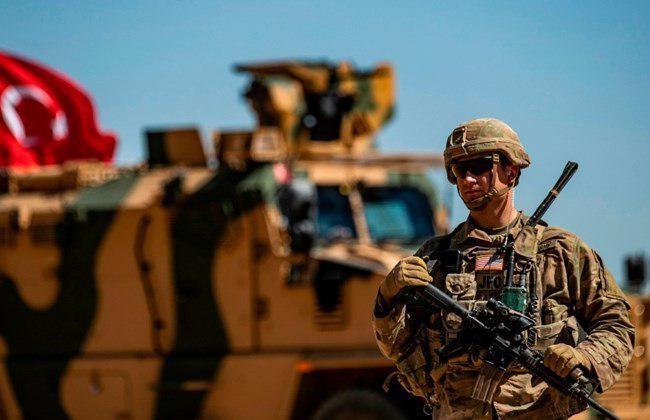 Iran’s Foreign Ministry has hailed the United States’ decision to withdraw its forces from Syria, saying the decision must have been taken much earlier.

In a statement on Tuesday, the Iranian Foreign Ministry denounced as “illegitimate” the presence of American troops in Syria, and said the US decision to end the occupation of Syrian territories and withdraw its forces from the Arab country was long overdue.

It also expressed hope for the establishment of peace and stability in Syria and the region following the recent move by the US.

The statement further noted that Iran is closely monitoring the worrying reports about the possibility of Turkish military forces entering the Syrian territories.

The Iranian Foreign Ministry believes such a move, in case of occurrence, would not only fail to address Turkey’s security concerns, but also will inflict heavy material and humanitarian damages, it said.

“Accordingly, the Islamic Republic of Iran is opposed to any possible military operation,” it added.

“The Islamic Republic of Iran stands ready to make immediate contacts with the Turkish and Syrian officials in order to address the existing concerns in a peaceful manner, and stresses that respect for Syria’s national sovereignty and territorial integrity as well as the Adana agreement would be the appropriate basis for the negotiations,” the statement noted.

Turkey started its military incursion into northern Syria on Monday night, after the US in a major shift in its policy gave the green light to Ankara to launch the operation against Washington’s long-time Kurdish allies in northern Syria.

In a phone conversation on Monday, Turkey’s Foreign Minister Mevlut Cavusoglu assured his Iranian counterpart Mohammad Javad Zarif that Ankara’s military operation in northern Syria is a temporary one.

Zarif, in turn, expressed Iran’s opposition to Turkey’s military action, and said the Adana Agreement is the best approach for Syria and Turkey to address their concerns.

The Adana Interstate Agreement on Combating Terrorism was signed between Turkey and Syria on October 20, 1998. It clearly stated that the Damascus government would not allow any activities of the Kurdistan Workers’ Party (PKK) militant group on Syrian soil, and would block any terror activities that could threaten Turkey’s sovereignty.