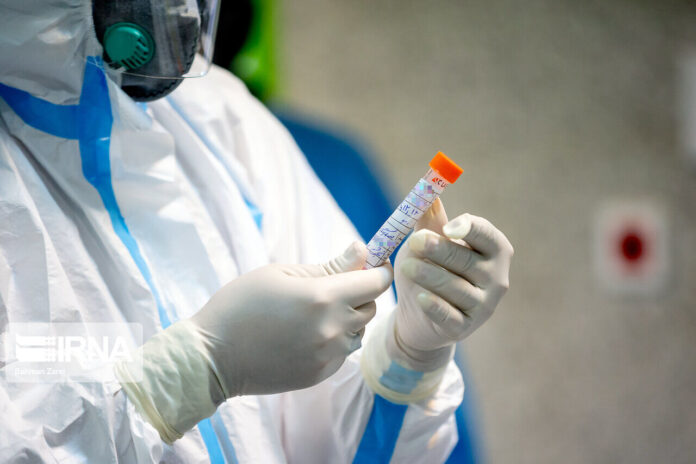 The head of Iran’s Pasteur Institute says the country is capable of carrying out 10,000 coronavirus tests a day, while the US is only able to carry out 7,000 tests per day despite enjoying more facilities.

The Pasteur Institute of Iran started designing the novel coronavirus diagnosis kits two months before identifying the first positive case of the disease in the country, Alireza Biglari said.

“Almost from the very beginning, we were ready to conduct tests,” he said in a video press conference on Sunday.

He said the tests in each country should be tailored to the conditions of that country.

Biglari noted that the lab was only able to perform 60 tests a day in the early stages, but now it can test 2,000 patients a day after less than two weeks.

“Given the increasing number of laboratories and testing capacity in the country, we are currently able to perform 10,000 tests a day, while the US is able to carry out 7,000 tests.”

The official said that 56 laboratories were launched in different parts of the country and staff in these laboratories have received the necessary training and equipment, therefore the network is operating as a robust and coherent entity.

The provinces of Zanjan, East Azarbaijan, Fars and Isfahan are conducting a test which has been hailed by the World Health Organisation, he reiterated.

The head of the Pasteur Institute of Iran said in order to increase the capacity of the laboratories for further testing in the country, more kits are needed, but the kits received so far have been more donations by other countries.

“At least 53 companies announced readiness to produce kits and two of them have been approved. We hope some other companies can produce more corona diagnosis kits per day.”

Head of the Pasteur Institute of Iran pointed out that COVID-19 is one of the most unknown viruses in the world and one of the most dangerous pandemics in the last 100 years.

Biglari mentioned that countries such as China and US have begun producing vaccines, “but we are not sure about the effectiveness of these vaccines on the immune system, and we must observe clinical effects.”

The Pasteur Institute of Iran has begun work on finding a vaccine, but due to insufficient knowledge, the process can be lengthy, continued Biglari.

“More than one type of medication has been suggested to improve corona disease, but the exact effect and mechanism of a single drug has not been shown yet. China is currently the producer of the most effective drug, and it will enter clinical trials in the coming weeks,” he added.

Biglari said currently there is no fully effective cure for the disease, but many patients have recovered even without medication. Protective and maintenance therapies are now being implemented in hospitals and recommended by healthcare providers to break down and slow down the chain to make health systems strong.

Stressing that the Islamic Republic has taken measures to prevent the disease amid sanctions, this official stated that the health infrastructure of the country is acceptable and this amount of sacrifice cannot be found anywhere in the world.

“The lesson Corona outbreak taught us is that we must work on social unity and public instruction. We learned that if people do not cooperate, the public health will be compromised.”

He pointed out that research into disease prevention and vaccine production is one of the tasks of the Pasteur Institute, adding that the Iranian centre is one of the leading vaccine manufacturers in the Middle East.

He said every Iranian has a molecule from the Pasteur Institute of Iran in his/her body.

“The performance of the Pasteur Institute of Iran within the country and the region has made it an internationally acclaimed institution. It has opened the door to new technologies and has created a channel to export scientific achievements abroad and train excellent scientists for the future of the country.”