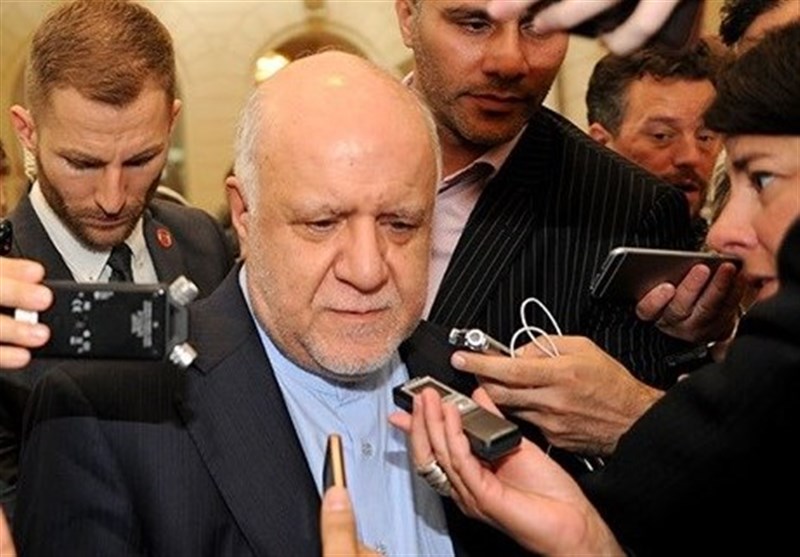 Iranian Oil Minister Bijan Namdar Zanganeh hailed a Tuesday meeting of the Organization of the Petroleum Exporting Countries (OPEC) as “good” and said the Islamic Republic was again exempted from the oil output restrictions.

Speaking to reporters in the Austrian capital of Vienna on Tuesday, Zanganeh pointed to the 5-hour gathering of the OPEC earlier in the day and said, “I think it was a good meeting and we reached what we were looking for.”

“Iran has been exempted from reducing oil production as in the past,” the oil minister noted.

Zanganeh also responded to a question about whether OPEC has become political, saying, “Whether we want to or not, since oil is somewhat political, we cannot rule out the fact that oil has a strong political nature, but some use the oil as a tool against producers like Iran and Venezuela.”

The remarks came against the backdrop of increased tensions between Iran and the US with Washington imposing new sanctions against the Islamic Republic.

The US has ratcheted up pressure on Iran since last year after withdrawing from the 2015 nuclear deal known as the Joint Comprehensive Plan of Action (JCPOA).

Since then, the administration of US President Donald Trump is trying to reduce Iran’s oil exports to “zero,” and has sent an aircraft carrier strike group, a bomber squad, an amphibious assault ship, and a Patriot missile battery to the Middle East to try to stack up pressure on Tehran.

Iranian officials, however, have dismissed such moves as psychological warfare, saying the country has its own ways of circumventing the American bans and selling crude oil.