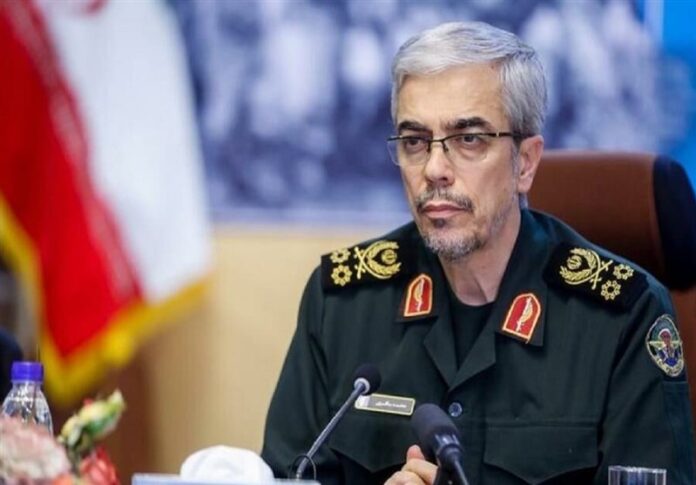 Chief of Staff of the Iranian Armed Forces Major General Mohammad Hossein Baqeri said the country’s military forces are closely monitoring all movements by the US military in the region.

“What took place against US bases in Iraq in the past weeks was a natural reaction by Iraqi people to (Washington’s) evil act to assassinate Lieutenant General Qassem Soleimani and commander of Iraq’s resistance forces Abu Mahdi al-Mohandis,” Major General Baqeri said on Thursday.

Washington has blamed Kata’ib Hezbollah, which is a major PMU (Popular Mobilization Units) faction, for about a dozen rocket attacks against American troops based in Iraq over the past few months. The group has denied any role in such raids, saying if Kata’ib Hezbollah decided to launch attacks, it had no fear of making the news public.

The top Iranian general rejected reports and claims that the Islamic Republic was involved in the strikes against the US bases.

“The incidents had nothing to do with us and Americans are trying to pin them on us as part of their blame game  (against the Islamic Republic),” he said.

Major General Baqeri further noted that the country’s military forces were closely monitoring all movements by US troops in the region, warning of “harshest response” if Iran’s security is threatened.

The remarks came after US President Donald Trump claimed on Wednesday that Iran was about to launch an attack on US troops occupying Iraq.

“Upon information and belief, Iran or its proxies are planning a sneak attack on US troops and/or assets in Iraq,” claimed the American commander-in-chief on Twitter. “If this happens, Iran will pay a very heavy price, indeed.”

The US has transferred its military equipment from Iraq to an area near the Syrian city of al-Hasakah, a report by Syria’s official news agency said. A convoy of 20 trucks, loaded with US logistical materials used in military engineering fortifications, took the equipment to a place near al-Hasakah, the report said.

The US forces have in recent months moved thousands of trucks loaded with weapons, logistics and military equipment to al-Hasakah through illegal entry points.